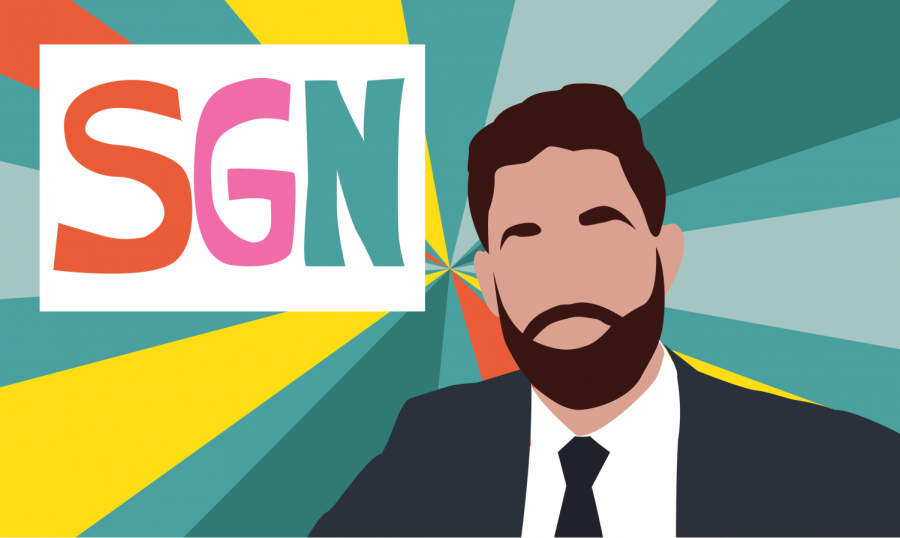 In the middle of the COVID-19 panic, every day it seems like the news gets worse and the problem gets bigger. As people across the globe lock themselves in trying to flatten the curve, good news can be hard to find out there. Even I started avoiding Twitter more because I couldn’t take the heat anymore.

But then in early April, my feed showed me a tweet from “The Office” actor John Krasinski announcing his latest project: “Some Good News”, aka “SGN”, on YouTube. Seeing how every other news site was giving me anxiety, I thought I would check out the first couple of episodes.

The SomeGoodNews YouTube channel was started on March 25 of this year with its first episode airing on March 29. It is a news network dedicated to sharing positive stories “while we are all self-isolating at home to stop COVID-19”, as said in the description for the promotional video.

There have only been three episodes released at the time of publication, each only about fifteen minutes long. But they’re being uploaded every Sunday night until self-isolation procedures have been lifted. Or whenever Krasinski decides to stop, whether that’s before or after the quarantine.

The premise is simple: SGN is just a source of good news highlighting the best parts of humanity. Every episode features stories that people have submitted to SGN, whether by tagging them or have used the #SomeGoodNews hashtag. This can include something like the doctors on duty being applauded from the streets of their city, or a father and his kids setting up a date night for mom in their own backyard.

The structure of the show itself is very loose, but there’s still a general pattern that each episode follows. First there is a series of several short bits of good news that has taken place across the globe. This will often include highlighting communities that have shown generosity to medical workers or showing off the medical workers that are helping to fight the coronavirus.
“No matter how dark it gets, there’s always good in the world.”
After that, there are usually “segments” where Krasinski will focus on a certain topic point and often brings in a celebrity “reporter” to help him with the job. So far, none of them have them repeated and seem to be created to fit a certain theme of the day, such as homeschooling or sports activities being played at home. Since none of them are scheduled to repeat from the week before, it offers a variety of good news that keeps it from getting stale.

But the highlight of every episode is the Zoom interview Krasinski holds with a special guest towards the end. During this part of the show, SGN creates its own good news for whoever happens to be the special guest. It helps that Krasinski himself has the influence to make it happen. In the second episode, Krasinski surprises a young girl who lost her chance to see Hamilton on Broadway with not only free tickets to a later show but also with the entire cast singing the opening number for her on Zoom.

But what makes SGN work as a channel is that despite it having John Krasinski’s name attached to it, it’s a very simple set up that manages to be very charming and down to Earth.

The opening intro is of a classroom globe being spun as the show’s logo pops over it and there are points where you can see Krasinski’s hand struggling to keep it spinning. According to the closing credits of each episode, Krasinski commissioned the show’s hand-drawn logo from his two daughters. It doesn’t stop the show from being professional and well-produced, but it gives it this authentic feeling that SGN was made from the heart and wasn’t made just to earn some good karma.

To take this one step further, the show’s tone never gets dragged down by heavier topics. While it would be easy to joke about the pandemic’s bleak future or get political, Krasinski puts focus on the everyday challenges people are overcoming and makes light of a dark situation. He makes jokes about how he’s talking to an empty room or blaming his fans for inspiring him to make this show.

Yet every episode features a “thank you” to everybody that provided the good news that makes up the show.

Countless news networks are already out there providing the necessary information to keep our country safe. But Krasinski and SGN are providing the news that keeps people from forgetting that good things are still happening in the world. At the end of every episode, I was left smiling because I had seen people who were in the same situation I was in and they were still leading a happy life.

SomeGoodNews is available for free on YouTube, with the first three episodes released at the time of publication. New episodes are planned to go up every Sunday night until self-isolation procedures have been lifted. I highly recommend it because it’s important to remember that, as Krasinski says in the second episode, “no matter how dark it gets, there’s always good in the world.”