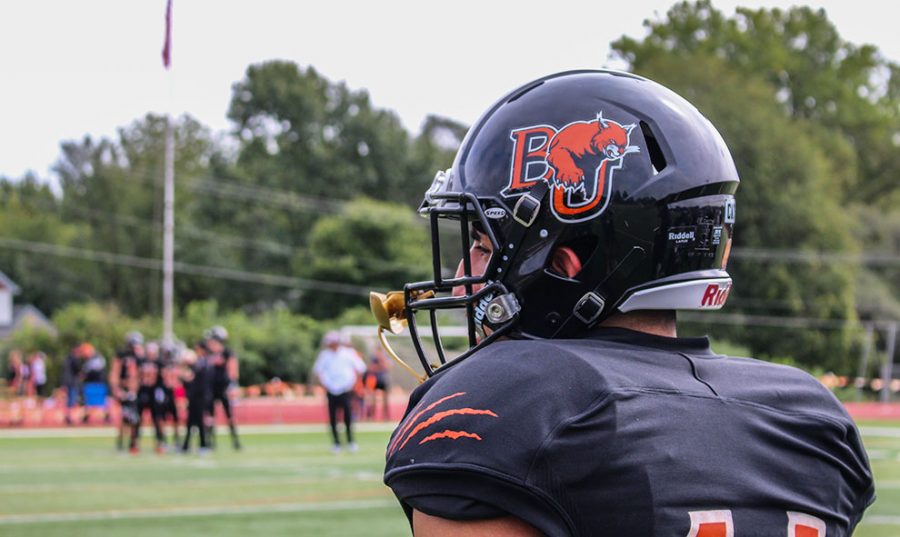 College athletes receiving payment outside of scholarship money has been widely debated for a long time in the United States. Student-athletes are currently not permitted to make money off of their athletic careers through outside entities, but a new bill has the ability to change that. The proposed “name, image, and likeness legislation” could benefit Baker athletes in the near future.

According to a statement released on the National Association of Intercollegiate Athletic’s (NAIA) official website on April 3, the Council of Presidents (COP) at the NAIA voted unanimously in favor of being a co-sponsor of a possible name, image and likeness legislation on March 30.

The last vote will occur at the NAIA’s fall meeting on Oct. 5 to 6 in which the final decision on the legislation will be made. If the bill passes, student-athletes will be permitted to earn compensation for their infamy. The NAIA would be the first collegiate organization to allow athletes to earn money from outside sources based on their name, image and likeness.

The term “name, image and likeness” refers to an athlete’s notoriety. Popularity in the media and within the athletic world can help to achieve this. With the proposed bill, student-athletes will be legally allowed to sign with agents and sponsors. They can independently make money from participating in advertisements, commercials and more. With this bill, athletes will not receive pay from their universities or the NAIA, but from other sources.

COP Chairman Dr. Arvid Johnson was quoted in the statement, saying, “It is clear that this is the direction in which collegiate athletics is heading and we want to be proactive in helping our student-athletes access the same opportunities as other students.”

The NAIA has already made strides toward accepting the legislation, including making exceptions for athletes like Toni Harris. Antoinette “Toni” Harris made history as the first female to play collegiate football on a scholarship when she signed with the Central Methodist University (CMU) football team in 2019. Harris was featured in Super Bowl 2019 commercials and she has a marketing agent in the United Kingdom, according to CBS Sports.

The state of California was the first to officially show support of outside athlete compensation by passing the Fair Pay to Play Act in September 2019. Beginning in 2023, student-athletes in California will be able to earn money and endorsement deals based on their name, image and likeness. Many other states are considering similar legislation to that of California’s, many with effective dates as soon as 2020 and 2021.

Posting film online and promoting oneself on social media can help an athlete build a platform. Redshirt sophomore Will Cox wants to create a brand for himself, but it is sometimes difficult to gain national attention at a small university. Being a defensive-back on the Baker football team, Cox was excited to hear about the NAIA’s support of the bill. Cox hopes to keep getting his name out there since he wants to play professional football someday.

“[The legislation] could help athletes express themselves and give them another outlet to receive compensation especially for those who need the extra income, whether that’s for books, materials or whatever,” Cox said.

Freshman Jennifer Curry has been wrestling for three years. Being a woman in a “male-dominant” sport has not been easy. Curry has overcome the stigmas of being a female wrestler and earned a scholarship to compete on the women’s wrestling team at Baker.

“This bill would just widen the opportunities for us athletes,” Curry said. ”The important part is getting paid to do something you love. It paves the way to get extra financial support.”

The proposed name, image and likeness legislation may open doors for student-athletes within the NAIA in the coming years. For now, athletes understand that they must keep pushing their own limits. “I need to keep training to perform my best. Success is the best noise, and I eventually want to be able to branch out into multiple other areas,” Curry said.