Theatre department to perform ‘The Outsider’ through Facebook live 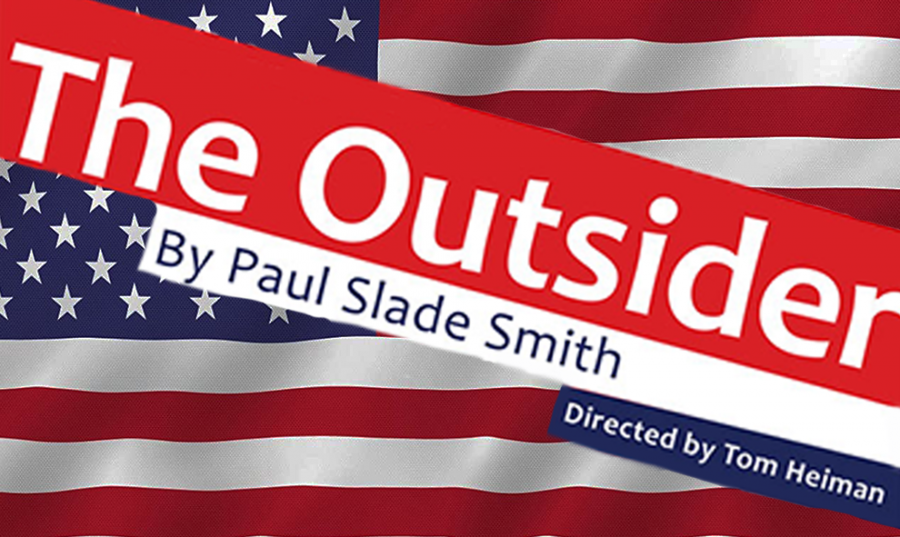 Baker University Theatre Department is still finding a way to bring the stage to life, despite the shift to online classes. Instead of a traditional performance, their production of “The Outsider” will be a live reading streamed online.

Emily Kasprzak, assistant professor of theatre, said the decision to perform the play online instead of postponing the performance was made because the cast was excited to perform it now.

Tess Cotter, junior, said “We were all bummed out that we couldn’t do the play in real life, but we love the comedy and humor in this play.”

“The Outsider,” written by Paul Slade Smith, is about the unlikely election of New Newly, who may be the worst governor ever elected. An email detailing the play states “this political farce is extremely timely and celebrates everything we love about democracy.”

Kasprzak says the cast has been rehearsing the play online through the video conference service Zoom and that the dedication of the students is what is making the live reading a possibility.

“If the cast wasn’t so excited about the production, I am unsure if it would be happening. They are really the driving force behind the whole thing,” Kasprzak said.

One drawback of performing a play online is the lack of immediate audience feedback.

“When you perform a show live, you get instant feedback from the audience whether they think something is funny or not and that can inform your performance. Doing it online the feedback either won’t be instantaneous, or we won’t get any feedback at all,” Kasprzak said.

The play will be performed on Facebook Live on Friday April 17 and Saturday April 18 at 7:30 p.m. Another reading will be held on Sunday April 19 at 2 p.m.