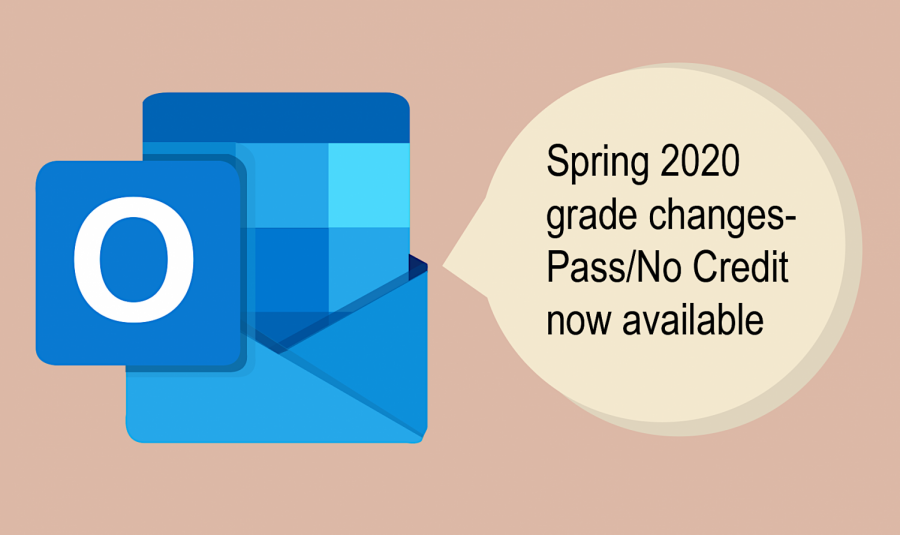 On April 17, an email was sent to all Baker students announcing a revision in the grading scale for the spring 2020 semester.

The email addressed a few new changes, the first being the replacement of a failing grade (F) with a no credit designation (NC), unless academic misconduct occurs. Students are also allowed to take graded classes for a pass/no credit (P/NC) designation, with a D- being considered a passing grade rather than the former requirement of a C or higher.

Such changes will allow students’ GPAs to be less affected by the transition to online classes and according to Darcy Russell, Dean of the College of Arts and Sciences, it will help even the playing field for many.

When asked why the decision to change the grading scale opportunities was made, Russell first credited the student senators. According to Russell, the student senators came to Dean Bailey and herself during the first week of online classes and asked the deans to consider the option. The faculty had been discussing the idea prior to spring break, and on April 1, Russell met with the entire staff after Baker had officially transitioned to online learning for the rest of the semester.

“Ultimately, the faculty were united in thinking that the F needed to be substituted out for the NC.  This allows us to maintain our strong academic integrity… [as well as] allows for a student who was doing well but could not make a good transition to the online format to simply get no credit for the course without damage to his or her GPA,” Russell said.

Later, University Registrar Ruth Miller introduced the option of the P/NC designation. According to Russell, many faculty members liked this idea because not all students have equal access to online resources in the current situation. This was just one of many concerns the faculty had for students transitioning to online courses.

“Some students have all the resources they need at home, others do not.  Some students might actually get ill and have trouble completing all the work…. Some students might have to work – especially if their parents were furloughed….The grading change allows for a re-leveling to some degree,” Russell said.

Although Russell believes that the faculty and Board of Trustees were not influenced by the similar changes made by other universities to their grading scales, she does think that the student senators were paying attention to what other campuses were providing for their students and advocated for Baker to consider these options.

“We were influenced by the student voices,” Russell said.

One of these students was Jasmine White, student body president. White says she is very excited about the P/NC opportunity for students.

“During this pandemic, I think it’s so easy to get lost in our own world. We have fellow wildcats that may be struggling heavily with this shift to online classes, or perhaps they don’t have a good home environment to do their work. This option is something that gives them a little more control of their GPA, given the circumstances. I stand 100% behind the university’s decision,” White said.

However, there are certain precautions to consider before opting to take a class for P/NC. Some majors require core courses to be graded, Baker’s nursing school requires all courses be graded, and NAIA eligibility could be affected by receiving too many P/NC designations. In addition, many grad schools do not accept P/NC, which White can attest to.

“A lot of the Masters and PA programs I’m looking into strongly suggest not shifting to a P/NC grade scale,” White said.

Russell says that Grad schools may say that they will take a P from this term because of COVID-19 – but they would much rather see the grade. In general, Russell thinks the option to take a class as P/NC is best suited for students who are certain they cannot bring their grade to a C level, based on her experience working in graduate school admissions.

“Only if the student knows for sure that they are really doing poorly and they cannot bring that grade to a C level should they go to the P/NC in my opinion….This is honestly the only case in which I think the P/NC is worth it,” Russell said.

When asked what she wants to emphasize most to students about the change in the grading policy, Russell urges students to talk to their advisors. She hopes that students will not rush their decision and deliberate over their choices.

“Talk with professors you trust – talk with family you trust.  Use those good critical thinking skills you are developing in your college courses to make the wisest decision about each course.  Don’t rush – consult – consider – then decide.”