The Baker Orange • May 5, 2020 • https://thebakerorange.com/33450/uncategorized/its-time-to-get-serious-about-climate-change/

It’s time to get serious about climate change 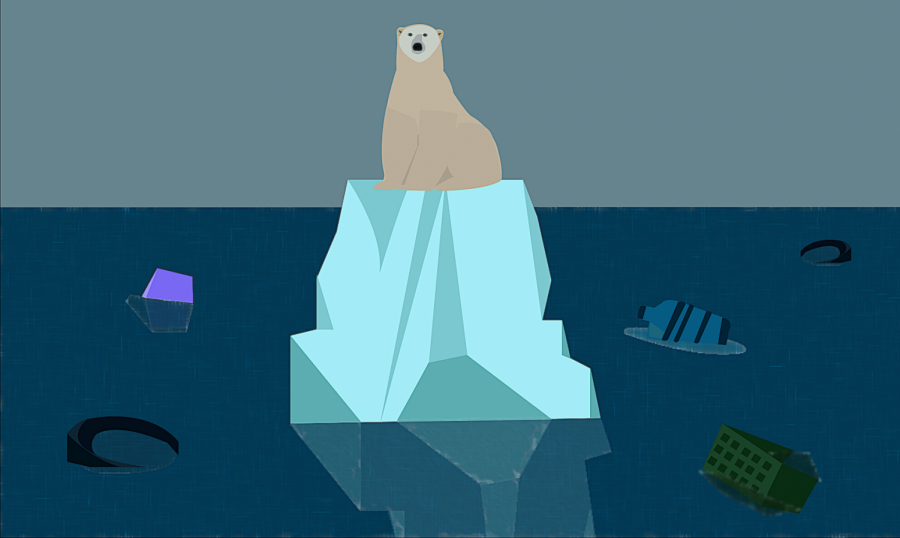 Last week, Earth day had its fiftieth celebration, motivating people to leave their sequestered homes for a brief walk or to post their favorite nature photos on social media. When this day rolls around, it seems as though everyone is quick to acknowledge the importance of protecting our planet, and as soon as it’s over, we carry on with our lives as usual. Instead of thinking about how we have to cut carbon emissions within the next ten years to avoid catastrophic warming, we share photos of our favorite sunsets and take our dogs for a walk around the park.

These lifestyle choices, such as carpooling and using reusable bags at the grocery store, may seem like small acts, but of course, they are more effective than doing nothing. School systems have been educating children on the three R’s (reduce, reuse, recycle) as a way to instill eco-friendly habits that will hopefully carry through for a lifetime. So, I figured that as long as I knew how to properly separate my recyclables from the trash, took shorter showers, and carpooled to school, I would be doing my part to save the Earth.

It wasn’t until high school that an additional, more extreme opportunity was made known to me. I was driving home from school when I heard a story on NPR about how climate activists were promoting the decision to have fewer children in the face of climate change. The idea shocked me. Growing up, I had always wanted to be a mom, probably because I had such a great mom myself.

I wanted to follow in her footsteps and have six kids, but as I got older I figured that three or four would be a more reasonable and financially manageable amount. The idea that global warming had gotten so bad to the point where people are considering having even fewer children to reduce carbon emissions was a frightening thought, and so I, like everyone else who does not want to face the grim reality of global warming, decided to forget about it.

In college, I decided to subscribe to a news service that emailed me daily news updates so I could be aware of what was going on in the world. Unsurprisingly, much of the news was negative and foreboding, especially in relation to climate change. I remember reading that by 2050, coastal cities like Shanghai, Miami, Osaka, and many more would be underwater. As someone who visited Shanghai during a high school trip, the thought of such a significant city with a population twice the size of NYC being completely submerged was terrifying.

Sometimes, it felt like I was the only one alarmed by the news. Yes, my friends when I would repeat such a statement, but I could tell that it did not scare them as much as it did me. It’s not that I enjoy spreading bad news for everyone to dwell on, but I also didn’t want to be the only one aware of how truly bad this climate crisis is. Most of the people I spoke to about having fewer children in the face of climate change were rather unmoved by the idea, saying, “well, I’m still having kids anyways, so…”

I know that having children is a human fulfillment that many people take seriously. To me, the idea of having fewer children is not just about trying to reduce carbon footprints, but also the ethical issue of bringing a child into a world that is falling apart. Will I be able to ensure safety and a good life for my children? Will the world be habitable for their life span? Is it selfish of me to bring children into a world that is drawing closer and closer to “catastrophic warming” just so I can experience that human fulfillment?

No, I am not following an agenda of convincing people to have fewer or no children in the future. What I want is for people to stop for a moment and seriously consider the questions I posed. Some may argue that it is not healthy to dwell too much on negative thoughts of the world coming to its end via global warming, that it is too depressing to imagine making such a drastic lifestyle choice.

Unfortunately, our generation’s environment is drastically different from our parents’, and so we cannot continue to brush the true severity of global warming under the rug. I am not saying we all need to start converting to zero-waste lifestyles and advocate for a universal one-child policy. Daily eco-friendly acts do make a difference, but it may be time for us to think bigger, to truly acknowledge this crisis we are in and consider personal sacrifices to save this planet we all treasure.