The Baker Orange • May 12, 2020 • https://thebakerorange.com/33473/uncategorized/virtual-concerts-provide-entertainment-during-covid-19/ 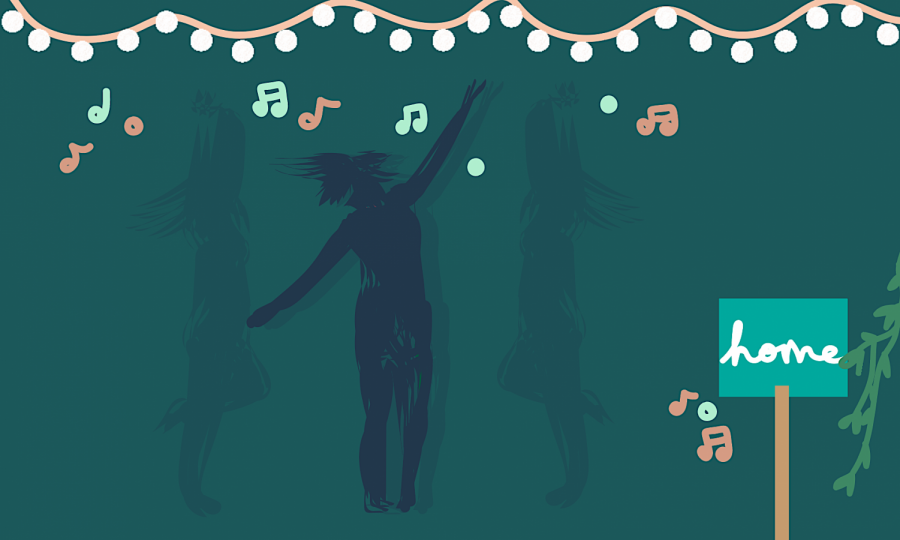 Many times people turn to music to help get through rough times and even can have a special song to remember special moments. That is also why getting the chance to see someone’s favorite artist in concert is such a big deal.

However, with COVID-19 taking over the world, many artists have been canceling their upcoming tours. Some of those artists include Harry Styles, Niall Horan, Green Day, Billie Eilish and more.

Many artists have turned to social media to reach out to their fans and help cheer some people up during these tough times. Many have done this through virtual concerts.

Virtual concerts are exactly what they sound like. They are artists getting online and singing songs or they can be reruns of past concerts. There has been a large list of celebrities participating in their own concerts or joining lineups of virtual “festivals” where multiple artists perform during one show.

Pink Floyd has begun putting live streams out of past concerts. Every Friday, Pink Floyd puts out a concert on their YouTube channel for everybody to watch and enjoy.

The concerts being uploaded are also fundraisers. On the side of the videos, there is an area where people can go to and donate for COVID-19 relief.

Another band that was extremely successful with their virtual concert was BTS. On April 18 and 19, the band streamed past concerts for hours on their YouTube channel. It generated a lot of traffic, having 50 million fans tuning in.

Another successful event, created to raise money for the pandemic, was “One World: Together At Home.” This was an event created by the organization, Global Citizen in partnership with Lady Gaga.

The event occurred on April 18 with all funds going to help fight COVID-19. There was a large variety of artists performing including Taylor Swift, Billie Eilish, Shawn Mendes and many more, totaling around 70 artists. The event ended up raising around $127 million.

Along with many artists having to cancel their tours, many schools have been canceling school events like prom.

Los Angeles radio station, 102.7 KIIS-FM announced they would be hosting a virtual prom for Southern California high school students live on their YouTube channel. There will be DJ sets from Joe Jonas, Dillon Francis and Loud Luxury plus more performing for this special event.

With this virus taking over most people’s lives, it is easy to get caught up in the reality of things. Most people are in quarantine, having only events in the summer to look forward to, many of those things being concerts. It is hard to believe so many artists would cancel their tours, but it is happening.