Citizens engage in protests against “stay at home” orders 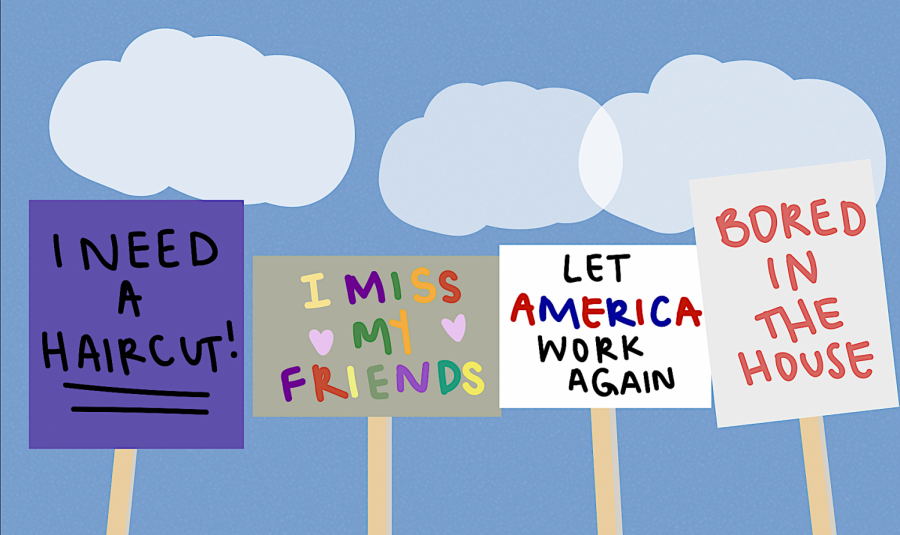 On April 15, a public protest took place in Lansing, Michigan in protest of Governor Gretchen Whitmer’s executive order that extended the quarantine duration from April 30 to May 15. Known as “Operation Gridlock”, the protest encouraged people to create a traffic jam and hold signs out demanding that self-isolation restrictions be lifted.

As of April 21, “Stay at Home” protests have appeared in over a dozen different states regarding the lockdown procedures in place. The movement has been largely attributed to conservative organizations, but the rallies have taken place in states run by both Republican and Democratic governors.

The motivations for joining the protest have varied among the participants. While some have used this as an opportunity to make political statements about government figures, it is not the sole motivation behind the protests. A primary concern of the protests has been the job loss as the unemployment rate rises to pass 20 percent.

“How stressful is it to not be able to provide for your family, to worry about how to pay your rent or put food on the table or to keep the electricity on?” Dr. Irene Unger, an associate biology professor said. “For some, the stress is overwhelming and protesting is the one thing they feel they can do. We seek control when things are out of control.”

Despite this, the protests have been met with criticism regarding the way they have assembled. While a number of protests have encouraged participants to continue social-distancing, others have rejected those procedures. In the protest occurring in downtown San Diego on April 18, a large crowd gathered together and many were unmasked.

As both a nursing major and the daughter of a nurse, freshman Sierra Corwine found the protests struck a different cord for her.

“Essential workers see it differently because they get to see the good, bad, and ugly of the situation,” Corwine said. “I couldn’t imagine working endless hours comforting people whose family members couldn’t be there for them and then watch people throw it all away because they can’t stay home a little longer.”

Though the number of rallies have been growing, the participants appear to be of a vocal minority. According to a poll in the Chicago Tribune, 61 percent of Americans feel that the current restrictions in place have been an appropriate response to the pandemic.

However, as the number of protests spread across the states, the risk of transmitting the COVID-19 virus becomes more of a threat. With some rallies having over 2,000 attendants, the lack of social-distancing could lead to a swell in local epidemics within the upcoming weeks and extend the length of the quarantine rather than shorten it.

“We need much more extensive testing and contact tracing before we can really lift restrictions,” Unger said. “I don’t think we can go from ‘stay at home’ to ‘business as usual’ overnight. I think we’re going to have to ease back into normal, and ‘normal’ is going to be different.”