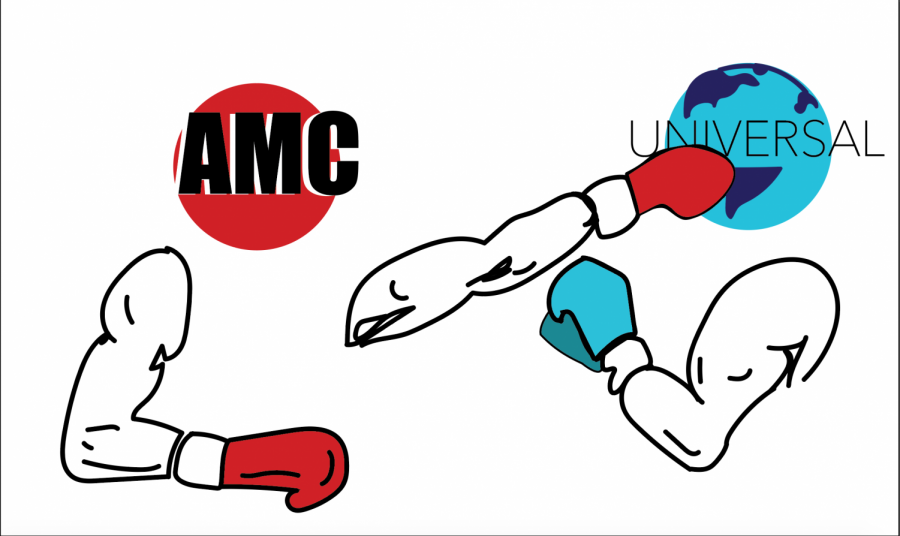 Following the immense success that Universal has found through releasing films like “Trolls World Tour” in theatres, AMC theatres claims that it will no longer play films from Universal Studios.

In the midst of the COVID-19 pandemic, major film studios have been postponing major movie releases while movie theatres are closed down. Despite most studios choosing to postpone all major films to later theatrical dates, Universal Studios has chosen to release many of their films digitally.

After giving films like “Emma,” “The Invisible Man” and “The Hunt” an early digital release, available for 48 hours at a $20 rental, Universal decided to premiere “Trolls World Tour” directly through on-demand services. This would mean to completely skip a theatrical release.

As of April 28, it is reported that “Trolls World Tour” made nearly $100 million in rental fees in the three weeks since its release. While the first film made $153.7 million theatrically at the domestic box office, Universal has made nearly the same amount for both films. “Trolls World Tour” has earned more for the company in three weeks than what the first “Trolls” did during its entire theatrical run.

The success of the film has led Universal studios to consider releasing more films through on-demand services in the future. A quote from Jeff Shell, CEO of NBCUniversal reads, “As soon as theatres reopen, we expect to release movies on both formats.”

Universal and Shell’s remarks were met with criticism from movie theatres. AMC Entertainment, the world’s largest movie theatre operator, declared on April 28, that they would no longer play any Universal Studios film at any location.

“AMC believes that with the proposed action to go to the home and theaters simultaneously, Universal is breaking the business model and dealing between our two companies,” AMC Chief Executive Officer, Adam Aron said.

In response to the announcement, Universal responded with a statement to CNBC.

“We absolutely believe in the theatrical experience and have made no statement to the contrary. As we stated earlier, going forward, we expect to release future films directly to theatres, as well as on PVOD (Premium video on demand) when that distribution outlet makes sense.”

Universal then said that they were disappointed in AMC’s decision. The future of AMC and Universal’s relationship is unknown at this time.

In the wake of Universal’s success, Warner Bros has decided to give it’s the new film “Scoob” a digital release on May 15.

At this time, most movie theatre chains do not expect to reopen until late June or July.