The Baker Orange • May 13, 2020 • https://thebakerorange.com/33504/uncategorized/when-will-things-go-back-to-normal-the-question-we-need-to-stop-asking/

“When will things go back to normal?”: The question we need to stop asking 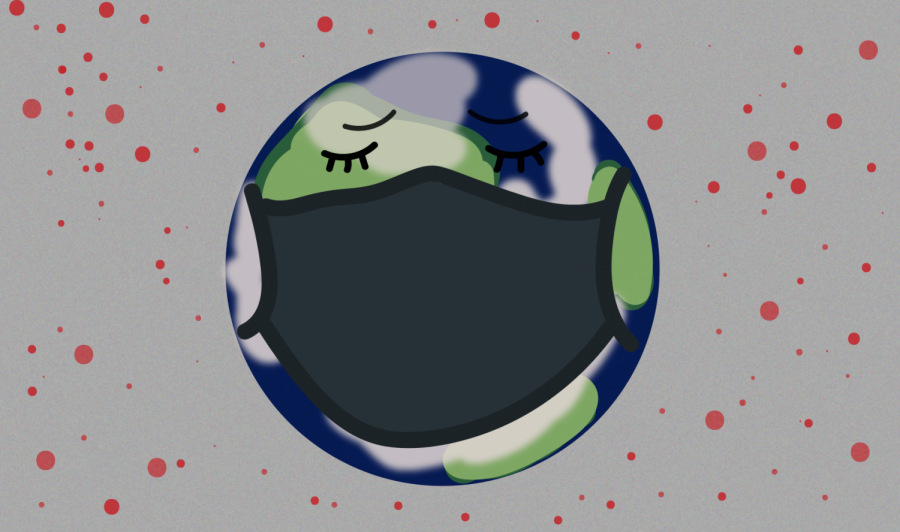 Two months ago, if you had told me that I would be taking online classes from my home for the second half of the spring semester, I never would have believed you. I, like many of my friends and peers whom I’ve talked to, never thought that COVID-19 would affect my life and shut down a small university in Baldwin City, KS.

For months, the virus seemed so far away, plaguing countries on the other side of the globe. Even when cases were reported in the US, they mainly existed in large cities on the coasts, so it still seemed far removed from my world.

However, things escalated very quickly. On March 11, the Wednesday before Baker went on spring break, I remember the circulation of rumors about going online for a couple of weeks. On this same day, the NCAA canceled March Madness, the Dow fell 1500 points, and Tom Hanks and Rita Wilson tested positive for the virus. Suddenly, the health crisis felt very “real”; it was shutting down businesses and canceling events, forcing everyone indoors and some out of work. The unprecedented present and unpredictable future made me very, very anxious.

Many people share the same sentiment about the current health crisis, especially younger generations. Stanford University researchers found that young people were the most likely to express anxiety to researchers. However, in the same survey, it was found that 52.4 percent of young people — aged 18 to 31 — who were surveyed reported not complying with the shelter-in-place order.

I still find it hard to understand why people cannot comply with guidelines created by health experts that will help ease the spread of the virus and eventually the effects that trailed after. You could chalk it up to ignorance or selfishness, but whatever it may be, it is unfair for the rest of society who is following orders in hopes to get out of this mess.

Unfortunately, “getting out of this mess” sounds a lot simpler than it truly is. From what I have seen through social media interaction and conversations with optimistic individuals, there is a belief that life will return to normal soon. By the end of the summer, there is hope for businesses to reopen, campuses to welcome back students, and life as we remember it before the pandemic to reform.

But this just isn’t the case. Yes, states are beginning partial-reopenings and some stay at home orders, such as in Kansas, will be lifted soon. But this hardly means that things will go back to normal. The improvement of our current situation depends on a massive increase in testing for the virus and the presence of antibodies, as well as the development of a vaccine, which still is not expected for at least another 12 to 18 months.

Businesses will likely have partial hours and max occupancies. If schools reopen in the fall, it will not resemble at all what it was before: classes held partially online and partially in large spaces like gymnasiums and auditoriums, cafeteria food taken to go, and a limit on gathering sizes for events may be just a few changes made. Former FDA commissioner Scott Gottlieb believes that social gatherings should be limited to 50 people or fewer, meaning that while Baker won’t struggle with reducing class sizes as many larger universities will, this still limits gatherings like orientations, music performances, and graduation.

I think there is nothing wrong with optimism and hoping for our current situation to improve. But we also need to prepare ourselves for the reality of what this summer and fall will bring, including the possibility of an even more devastating second wave of infections in the fall.

We have to stop asking, “when will life return to normal?” because this is not the right attitude to have.

If we prematurely go back to the way things were before the virus, with crowded bars and large sporting events and concerts, we will worsen the situation and face even graver consequences than we are facing now. As depressing as that sounds, this is our reality, and we must adjust to it. This doesn’t mean we should give up all hope, nor should we get our hopes up; we need to prepare and act responsibly for the uncharted future that lies ahead.