Blurred Lines: The toxicity against actors and the characters they played 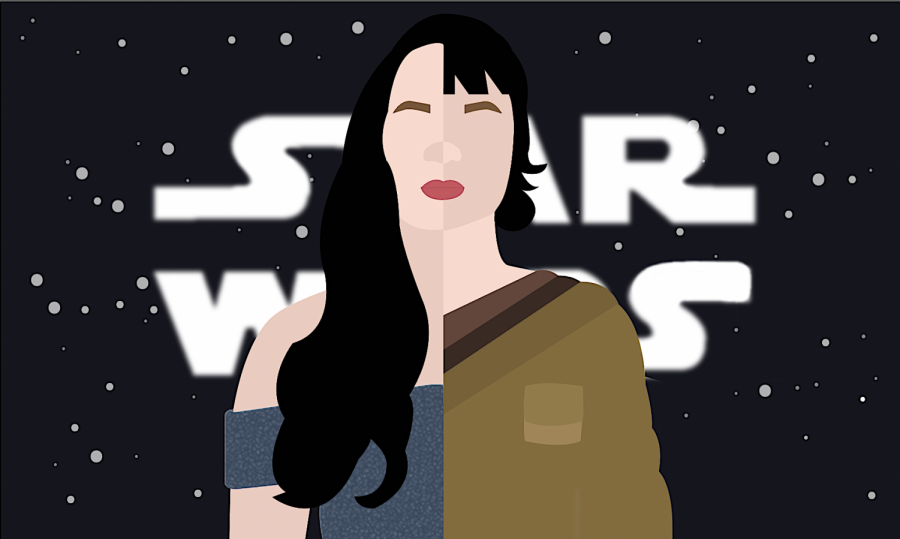 “The Last of Us Part II” was the long-awaited follow up to Naughty Dog’s 2013 critical success “The Last of Us.” While the game received normal criticism from reviewers, fans were merciless and determined to make their opinions heard about certain story choices the game took. These criticisms are a consequence of an increasingly growing issue of fan bases’ inability to separate an actor from the character they play.

This inability has left a toxic stain on fan culture and has forced many to reckon with the real hatred people hold over fantasy worlds.

Without revealing too much of the story, the main reason fans were upset with “The Last of Us Part II” was the inclusion of lesbian, gay and transgender characters. Of course, these fans represent the worst in fan culture and refuse to acknowledge any piece of media that does not entice their narrow world views.

While fans did take out there frustrations out on Metacritic, the game received a 5.6 out of 10 in the user score compared to a 93 out of 100 from the critics, several other people directed their anger and frustration at the actors within the game.

Laura Bailey, who voiced Abby in the game, has received multiple death threats from fans who were upset by her character. Essentially, people were taking their anger out on an actor who was hired to play a character. People were threatening to kill her because she did her job. They could not separate Bailey from her character and thus threatened a human being’s life because of some perceived wrongdoing in a fictional world.

While many have claimed their anger comes from the narrative choices a game took, direct threats like the ones made to Bailey are fueled by sexism, homophobia and transphobia.

Unfortunately, this sort of threat from fans is common in series that seem to have disappointed fan expectations by trying new and exciting things.

“Star Wars,” particularly the most recent trilogy, is perhaps the most infamous of these toxic fanbases. After the release of “Star Wars: The Last Jedi,” many fans went to social media to directly threaten Kelly Marie Tran, who portrayed Rose Tico, to the point where Tran had to delete all her social media accounts.

Tran responded to these threats in an op-ed she wrote for the New York Times where she clearly laid out why she had been receiving so much hate. In it, Tran detailed how the threats only reinforced her belief that society viewed her as “the other.”

And here lies the crux of the issue. Tran is the first woman of color to be given a leading role in a “Star Wars” film. Although there are some legitimate criticisms raised against her character, the threats made to her on social media go to a completely different level.

Fans did not want a woman of color in their precious “Star Wars.” They saw Tran as the reason behind this change and immediately hurled death threats at her. They saw Tico and Tran as the same person, and thus viewed Tran with the same animosity they viewed Tico with.

Moreover, another “Star Wars” actor, John Boyega, recently spoke up about racism within “Star Wars” and Disney and recalled the racist backlash he faced when it was first announced that a black man was going to be a leading character in the new trilogy.

The toxicity of hate within our society has grown to such a size that it spills into our entertainment, leaving fans to reckon with those issues in the context of their own communities. It has created such a blur that the hatred for a character cannot be separated from the hatred for an actor.

These attacks don’t even have to levy against actors because of race either. Hayden Christensen was faced with brutal attacks from fans after his portrayal of Anakin Skywalker in the prequel “Star Wars” trilogy. Fans believed that he destroyed something they held dear to their hearts and essentially cyber-bullied Christensen.

Another Star Wars actor almost killed himself after comments from enraged fans. Ahmed Best played perhaps the most notorious character from the prequel trilogies, Jar Jar Binks. In 2018, Best shared on his Twitter page that he almost took his own life after he finally had enough of toxic fans of “Star Wars.”

If that confession doesn’t make a person feel disgusted at their own fan base, at their own comments, then they really don’t care about “Star Wars” and they just want to spread hate in any way they can.

Best is an actor. He is not Jar Jar Binks. Yet, toxic fans feel justified in their attacks and this is causing poison to seep into fan culture. People must see the difference between the real world and fictional work. For too many, however, hate is blinding them to the true malice of their actions.

It’s not just “The Last of Us Part II” or “Star Wars” that has seen these attacks at actors over characters they portrayed. It has happened time and time again and will continue to happen as the lines between actor and character get blurred.