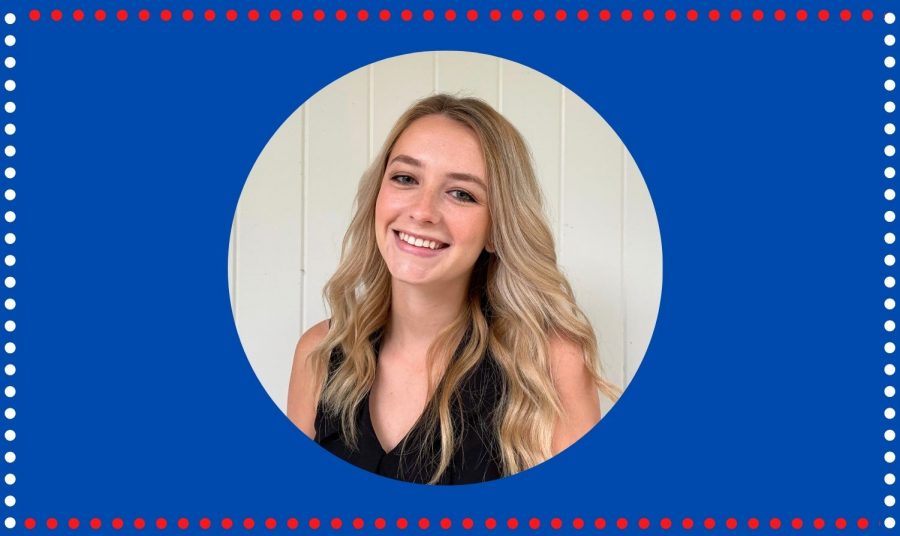 Senior Hadley Kaff is president of the Baker University chapter of the Young Dems Club. The chapter was founded during the Fall 2020 semester.

Election day is less than two months away, but the political environment of the United States will continue to persist long after ballots are closed. For a group of students on Baker University’s campus, continuing to stay informed about the political climate is a priority that goes far past election years. For that reason, Baker University Senior Hadley Kaff and Baker University Junior Christopher Davies decided to start the Kansas Young Dems Club on campus.

The Kansas Young Democrats is a national organization dedicated to helping students get involved in politics and aims to ensure that the younger vote gets represented in the government. Kaff, the club’s president, has been wanting to start a chapter at Baker since her sophomore year. But it wasn’t until the start of this year that she has been able to put the plan into action.

“I just finished an internship with the League of Women’s Voters through Johnson County,” Kaff said. “It inspired me to be more politically active on campus. I have a lot of friends who are a part of Kansas Young Dems through KU, and I thought it would be a great way to get people involved and politically active.”

Davies, the club’s vice president, had been involved with Student Senate on Baker University’s campus for two years. But he felt that through the Kansas Young Dems club, more work could be done both inside and outside the college campus.

“We want people to be aware of basic human rights and needs and spread honest information about all elections and stakes each has,” Davies said. “We want structural change in the U.S. and the world. It starts by having conversations that are based on reasonable premises.”

The club is currently meeting once a week over Zoom due to current safety guidelines. But it has not been preventing the club from coming up with different events they can bring to campus. Their primary goal right now is to have different candidates interact with the students.

“We’re going to be a part of the larger Kansas Young Dems organization, and they have a lot of connections for us,” Kaff said. “We’re going to plan a couple of candidate forums where we talk to either local or state officials who are running for their seats, just to get the interest going in voting or politics.”

The club also has plans for the upcoming voting season. In addition to helping with voter registration, they have also discussed scheduling watch parties for the presidential debates. Kaff has also considered finding ways to help drive students to voting booths if they aren’t able to do so themselves.

“It’s great that the students who put it together are so driven,” Gibb said. “They’ve written their own constitution, they’ve connected with the national organization. Organizations don’t work if the students don’t want to do it, because the faculty on campus isn’t going to do it.”

The Young Dems club is looking for new members to join their club. But they encourage that their club is open for anybody who wants to use them as a source of learning more about the political climate.

“I hope to be able to have not just people who are a part of the club, but for students to come in and voice concerns about certain political topics, or get more education,” Kaff said. “It’s not about joining a party or not joining another. It’s emphasizing politics and the effect it has on everybody’s life.”