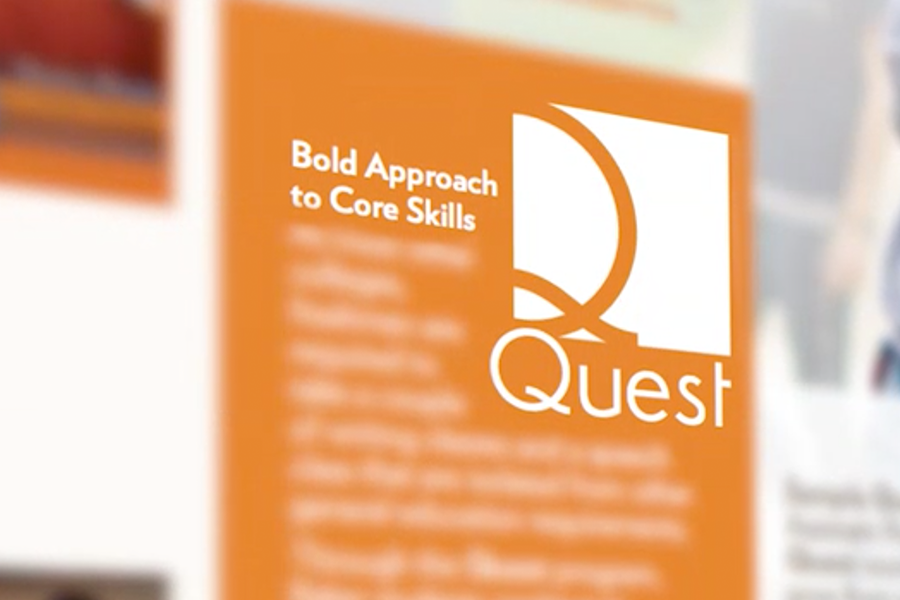 The Quest program has been a staple of Baker University’s Campus for almost a decade. Starting in the fall semester of 2021, it will be replaced with a new General Education program known as “Baker Core.”

The new program has been in development since the beginning of the 2019-2020 school year. Dr. Tamara Slankard, the newly-appointed Assistant Dean for General Education, has been overseeing the development of the Baker Core program since its conception.

“Quest has many great qualities but it was a really large program for an institution of this size” Slankard said. “We don’t have the number of people we need to teach it, and it has gotten confusing for students about what we’re doing.”

According to Slankard, the primary goal was to help streamline the current course catalog into a system that is easier for students to understand while giving a wide variety of experiences to draw from.

“We took a look at the faculty we have here, the programs we have here and we designed a program that we thought could be sustained in the future and be clear for students,” Slankard said. “There will be courses in every discipline across campus that will be put together in meaningful ways, so students will have a lot of choices.”

For incoming freshmen, the change from Quest to Baker Core will be a non-issue. But there are some concerns raised by current students about what lessons might be lost during the transition between catalogues.

“I really like how Quest introduces you to how assignments work in college, as opposed to how they are in high schools,” Baker University Sophomore Ally Davis said. “Some classes don’t give you the basics of what you need in a good presentation and Quest hits that hard.”

Slankard said that the Baker Core program has only three standalone courses. There will be two first-year seminars and a senior seminar to replace QS 111, 112 and 411. But the largest difference will be in how they are structured, especially during the middle years.

“There are faculty members who have really awesome classes in their back pockets that they haven’t been able to teach for a while because they’ve had to teach standalone Quest courses,” Slankard said. “Faculty are still proposing new courses. But in the Core Concentration, these are existing catalogue courses, these are courses in the discipline, and with faculty teaching courses they’re experts in.”

“We’re trained to get up in front of you all and do presentations, do lectures, or do activities related to our specific domain of study,” Brown said. “In the Quest program, you could do that, but it required you to be more of a generalist. For many faculty members, that made them uncomfortable.”

One of the primary draws to the Quest program is the inclusion of non-traditional topics during the courses. But, these topics can become overwhelming.

“I hope it has a lot of the same content but presented in an easier way,” Davis said. “I feel like there should be more focus on how to do things. Like if you have a science teacher, less on their specific science and more so on how to research and write about it in general.”

While the course catalog is still being finalized, the Baker Core’s courses will continue to uphold what the Quest program set out to do: develop students’ skills.

For this year’s freshmen, their Quest classes are structured similarly to the Baker Core curriculum and will automatically be transferred to the new curriculum. Upperclassmen will remain in the Quest program until they graduate, though they can talk to their advisor about switching catalogues.

“Students should know this coming spring and summer are the last times that QS 211 and 212 will be offered and the last time for QS 111 and QS 112,” Slankard said. “So if anybody has an F still hanging on in their transcript or wants to replace something with a higher grad, they’ll need to do it either this spring or next summer. ”

A more comprehensive explanation of the program transferral will be released to the student body in the near future.

“This happens. Gen Ed programs come and go. This program will be my third one in my 30 years associated with Baker,” Brown said. “I don’t think it’s going to be perfect, and students will still complain because they’ll always complain about Gen Ed. But I think it’s a step in the right direction.”