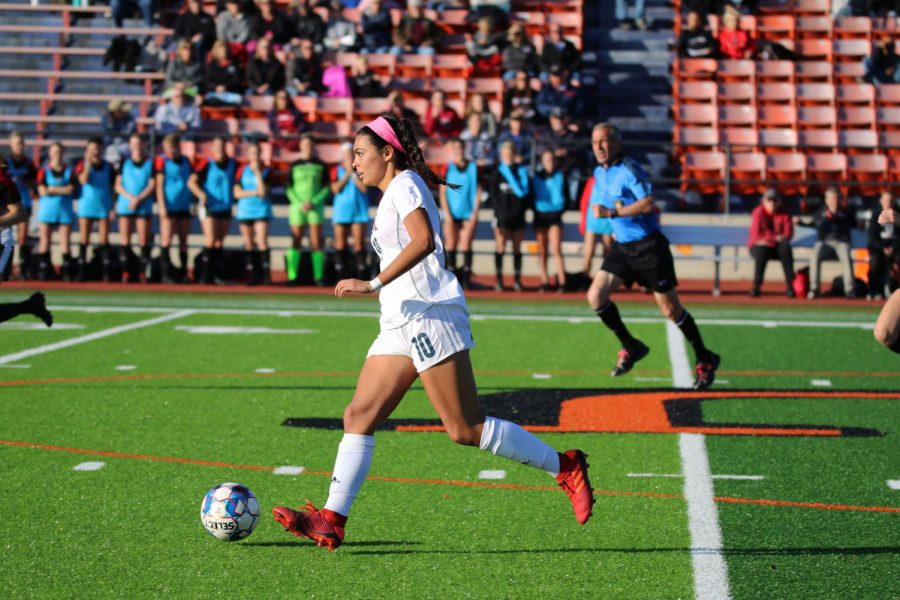 Baker University Women's soccer team is off to a hot start with two wins to start the season.

The men’s soccer team was outshot 16-3 in the first game of the season but quickly made some adjustments into game two. Coach Nate Houser made it a point of emphasis to turn this around. He loved his team’s fight as they went on to win 2-0 while outshooting Clarke 16-5.

Not only are these teams pushing through the pandemic, but doing it in an impressive way. The 2-0 start to the season has been in part due to outscoring their opponents 8-0. The women have been able to outshoot their opponents 25-6 (Park) and 13-5 (Clarke). The hero in the 1-0 win over Clarke was Haleigh Harris, as her goal with 24 minutes left in regulation pushed Baker over Clarke.

Senior captain, Kara Knapp has been a crucial part of the shutout streak for the Wildcats to start the season. Knapp said, “The main focus right now is the discipline within the team. Staying safe and social distancing while bringing that same intensity to practice as we bring to the games is our focus.” The discipline and safety precautions are crucial, if these are not followed there would not be able to be any games or practices.

Both the men’s and women’s teams will be in action on Wednesday in doubleheader action in Atchison at Benedictine University. The men hope to build off of the last game and get above .500, while the women hope to keep the undefeated and scoreless streak going.