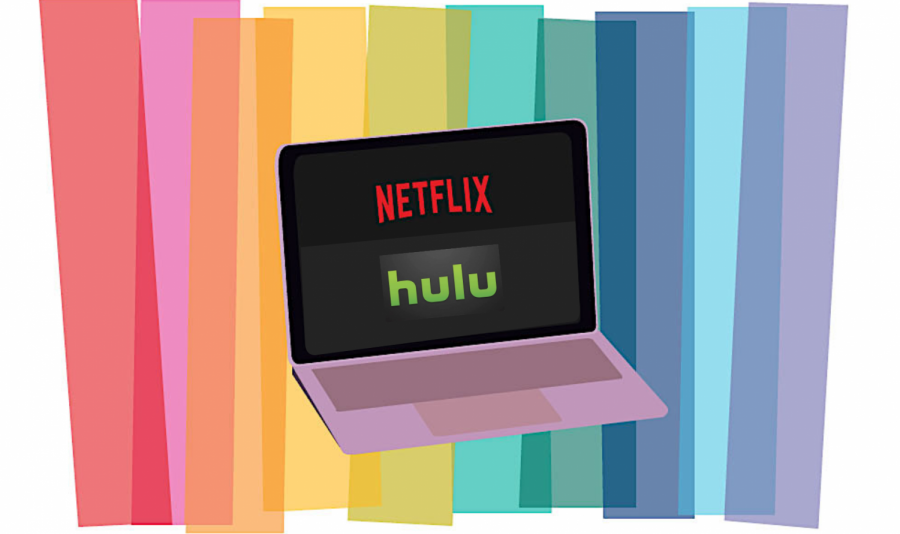 Story by Will Hanson and Skylar Grinnell

“The Lodge” follows Grace (Riley Keough) as she is left alone with her soon to be stepchildren during a snowstorm. While left with the kids (Jaeden Martell, Lia McHugh), strange things begin to occur in and around the house. While marketed as a straight-up horror film, “The Lodge” serves more like a moody and atmospheric psychological thriller. Riley Keough gives an outstanding performance as Grace, an equally well written and compelling character. More likely to unsettle after viewing, rather than scare in the moment, “The Lodge” makes for a compelling slow-burn thriller with excellent writing and performances. The film also stars Alicia Silverstone and Richard Armitage in supporting roles.

A roaring, colorful, and violent satire. “Assassination Nation” mixes current social commentary with humor and violence to create an extremely fun and entertaining romp. Director Sam Levinson adds a certain visual flair that makes the film very interesting to look at, along with unique and original action scenes and cinematography. A group of four high school girls are targeted by the crazed citizens after they are blamed for the information leak. Odessa Young and the other lead actresses give strong and exciting performances. The film also stars Hari Nef, Suki Waterhouse, Abra, Joel McHale, Bella Thorne, Bill Skarsgård and Maude Apatow.

A brilliantly written comedy, “Booksmart” excels at telling a meaningful story with hilarious and interesting characters. The film follows the story of two high school seniors (Kaitlyn Dever, Beanie Feldstein) who realize the night before graduation that they never had fun in high school. Chaos then ensues as they party their way to graduation. The film perfectly balances hilarious comedy with a heartful story, along with characters that feel real. The film presents itself as a teen high school comedy for generation Z, making it highly relatable. Billie Lourde shines in her supporting role of rich girl Gigi, she steals every scene she appears in. The film also stars Jessica Williams, Mason Gooding, Diana Silvers, Skylar Gisondo and Jason Sudeikis

In this atmospheric horror film, two girls must confront an evil force when they are left behind at their boarding school over winter break.  While slower than an average horror film, “The Blackcoat’s Daughter” is still successful in terrifying the audience by being extremely unnerving and suspenseful. Attempting to piece the story of the film together makes it an entertaining and unique but bleak story about the devil. While not for everyone, the film lingers in the minds of the audience long after the movie ends. The film stars Kiernan Shipka, Lucy Boynton and Emma Roberts.

“Before I Fall” – Netflix

In this dramatic coming of age story, Samantha Kingston (Zoey Deutch) and her gaggle of popular friends (Halston Sage, Medalion Rahimi, and Cynthy Wu) rule their school. One night after a party, the group of girls is killed in a car accident. Until Samantha wakes up and relives the same day, over and over. Russo-Young beautifully depicts major themes throughout the film, focusing on what matters in life. The actors in this film deliver strong and believable performances. The film also stars Kian Lawley, Logan Miller, Elena Kampouris, Diego Boneta, and Jennifer Beals.

A heartwarming animated film, “The Willoughbys” features some big-name actors including Maya Rudolph, Alessia Cara, Terry Crews, Martin Short, and Ricky Gervais. The film tells the story of four children, Tom, Jane and two twin boys, both named Barnaby. The children have parents who are too infatuated with one another to be concerned with caring for the children, so in an attempt to free themselves of their parents the children send them on a vacation. This film brings a light-hearted nature to the idea that we are all in this together.

“What Happened to Monday” – Netflix

In this dystopian science fiction, overpopulation has caused a One Child Policy enforced by a Child Allocation Bureau, among other population control policies. In 2043, a woman gives birth to identical septuplets (7 identical children). Their grandfather names them after the days of the week and trains them to pose as a single person, leaving their home only on their corresponding day of the week. One day, Monday does not return home. Tuesday begins retracing her steps and eventually, the Child Allocation Bureau catches on to their scheme. This film tells the harrowing story of survival for these sisters. The actors and actresses in the film give incredible performances. The film stars Noomi Rapace, Willem Dafoe, Glenn Close, Marwan Kenzari, Christian Rubeck, and Pål Sverre Hagen.

“My Week With Marilyn” – Netflix