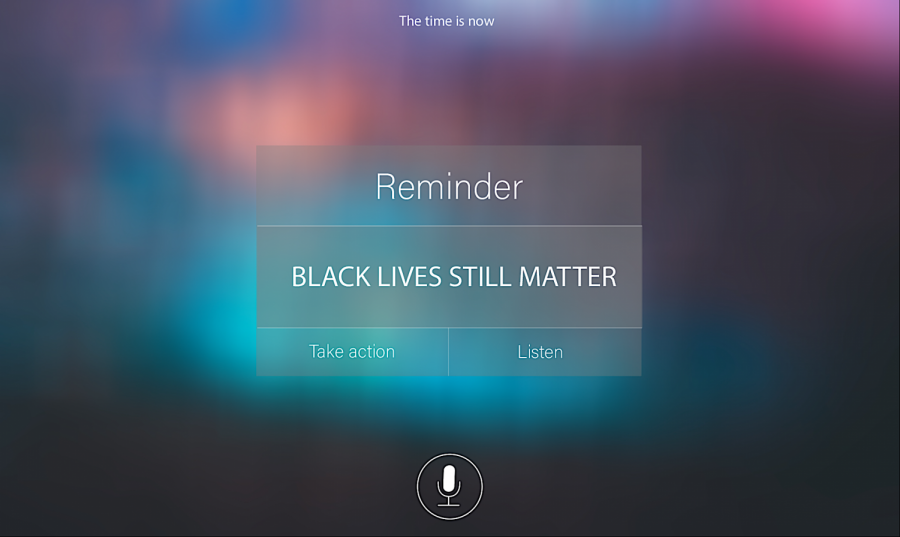 Over the last eight months, emotions regarding police brutality and white supremacy have boiled over and the Black Lives Matter (BLM) movement has risen back up to national prominence. As the nation witnessed George Floyd die after eight minutes and 46 seconds under the knee of a police officer, the movement experienced its climax.

The current state of the United States has proven that even an unprecedented pandemic could not cease the racism within the country’s systems. In fact, the pandemic succeeded in bringing systemic racism into the light even more.

Violence and injustices against Black and brown people in the United States are not novel. The genocide of Native American people, stolen land, enslavement of Black people, segregation and discrimination and so much more all led up to the present day where deep-rooted racism is visible in the murders of Breonna Taylor, Ahmaud Arbery, George Floyd and others.

Senior Raven Meadows is an avid participant in social justice efforts. For her, the current state of the country is not far removed from its past.

“This is yet another battle in the long history of Black people simply trying to be treated equally in our society,” Meadows said. “I am proud to be a part of BLM because I know that without action, there is no change. And we must demand change.”

BLM was created to do just that in 2013 by three Black women in response to the death of sixteen-year-old Trayvon Martin and the acquittal of his killer, George Zimmerman. Since then, the movement has evolved. It has molded to not only call attention to police brutality but educate about the presence of systemic racism that puts people of color at disadvantages.

BLM tends to be presented with combative rhetoric, but supporters of the movement urge people to seek its true meaning and goals rather than remaining blind to its purpose.

Vice President of Advancement and Enrollment Management Danielle Jones Rease believes BLM has created a unified forum for people of all races and nationalities to stand in agreement that racism still exists and there is a need for immediate social, economic and political reform.

“BLM is the capstone of generations of protests, marches, judicial cases, and sermons that have demanded equality for Black people,” Jones Rease said. “The BLM movement is not intended to devalue the lives of others or a movement to incite violence.”

Instead, she believes the true intent of the movement is to bring attention to the countless examples in which the lives of Black people have been marginalized or devalued as compared to the life of others.

Senior Shonnardo Bodie often refers to his favorite quote from one of his favorite historical activists, Malcolm X, when addressing the issue of race in his 1965 autobiography.

“The racist malignancy in America has been too long unattended” – Malcolm X.

“My hope for the future is simple: an even playing field,” Bodie said.

Jones Rease brings a unique and important perspective to Baker. As the university’s first-ever Black Vice President, she has faced her fair share of adversities, especially regarding an unfair playing field. Moving from Washington D.C., a highly Black-populated area often referred to as “Chocolate City,” to a less diverse area in Kansas was tough. Dealing with judgments and not feeling entirely welcomed initially did not make her quit. Rather, she let those negative experiences motivate her further.

A famous tweet about self-reflection and purposeful change from writer Ijeoma Oluo has stuck with Jones Rease because it emphasizes the importance of people taking time to self-reflect about how they have interacted with and viewed people of color.

“The beauty of antiracism is that you don’t have to pretend to be free of racism to be an anti-racist. Antiracism is the commitment to fight racism wherever you find it, including in yourself. And it’s the only way forward.” – Ijeoma Oluo.

Though it is mentally and physically draining to be Black in America, Jones Rease finds strength through her ancestors. When she reflects on what her parents and grandparents endured in their lifetimes, she redirects the responsibility on herself to persevere.

“God created me for a purpose. I’m here to achieve His will in my life and through my life,” Jones Rease said. “I can’t afford to get exhausted or to give into my temporary feelings of being overwhelmed or discouraged. There is still so much work yet to be done.”

Across the nation, activists are still occupying streets to protest injustices. But meaningful change can be done right here at home every day too, which is a personal, conscious choice.

“My hope is that the Baker community continues to educate themselves and does not shy away from difficult conversations. Through those conversations comes strategic changes to create a culture that celebrates all lives equally,” Jones Rease said. “Lastly, I hope that when people see me, they see the sum of my life’s efforts and not just the color of my skin.”