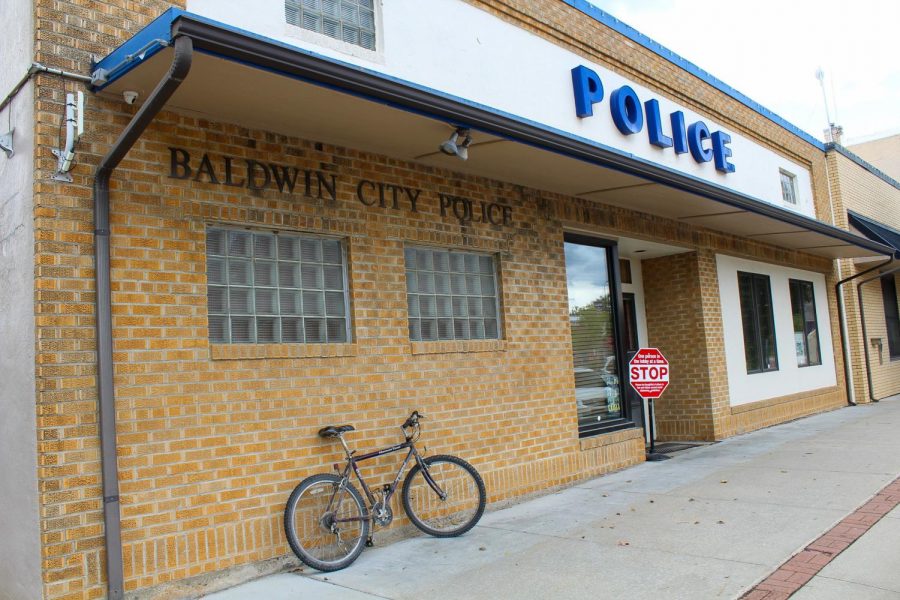 The Baldwin City Police Department continues to be a resource for Baker University students as problems arise.

Recent incidents regarding campus safety issues have created eerie feelings throughout the Baker community. Dean of Students Cassy Bailey sent a school-wide email on the evening of Sep. 11 alerting students of a dangerous encounter that a student experienced.

In an excerpt from the email, Bailey stated, “The Baker University security department on the Baldwin City campus received a report late this afternoon, Friday, September 11 regarding an alleged attempted disturbance on the evening of Thursday, September 10 around 10:30 pm at the corner of 8th and Dearborn St., in which an unknown male approached a female and attempted to gain entry into her locked car. The student left the area unharmed.”

Talk around campus had been surfacing about a man on a bike harassing young women around Baldwin City. Baldwin City Chief of Police Mike Pattrick says the police department has since made contact with the man.

“He has been arrested once since that time for being intoxicated in the roadway. I do not believe he has repeated his behaviors since we have made contact,” Pattrick said.

On another occasion, a group of student-athletes heading to practice one morning noticed unusual behavior. As they walked out the back door of the New Living Center, freshman Kate Howard separated from the group as their cars were in different parking lots. As Howard walked toward her car, she caught a man dressed in all black quickly duck behind a refrigerator that was sitting by the dumpster.

“My teammate happened to look back at the same time and saw him as well. At that moment, we knew it was a smart idea for us to all ride together,” Howard said. They called campus security to report it, and after some investigation, they were told that the man said he was just looking through the trash.

Bailey encourages people to stay alert when walking at night. Going through poorly lit areas and cutting through alleys is discouraged. If students are walking by themselves, they should avoid having headphones or earbuds with music on that would allow someone to sneak up on them.

The Baldwin City Police Department (BCPD) has direct and frequent contact with both Baker administration and Baker campus security. If an incident reported on campus is serious in nature, Baker campus security contacts BCPD immediately through calling their dispatch center. If the incident is not serious, BCPD usually gets the information through Baker administration who they also have regular contact with.

Pattrick urges students to be aware of their surroundings when on campus, especially at night. “If [students] are going to be out and about on campus late at night, letting someone know where they’re going, how long they’re going to be and when they might anticipate being back. That way if they don’t show back up on time, someone can give us a call,” Pattrick said in a video interview with Brendan Hulla and The Word.

Though recent events have made some students feel unsafe, the BCPD has not been contacted more frequently than normal, and want to assure students that there is no need to worry. They should continue to be alert, but not paranoid.

“I want all Baker students to know that our officers are available to them 24/7 should they be feeling uneasy about anything. I would encourage anyone who sees or feels that anything is unsafe to contact us right away and not wait,” Pattrick said.