“The Haunting of Bly Manor:” a well-crafted and cerebral horror series 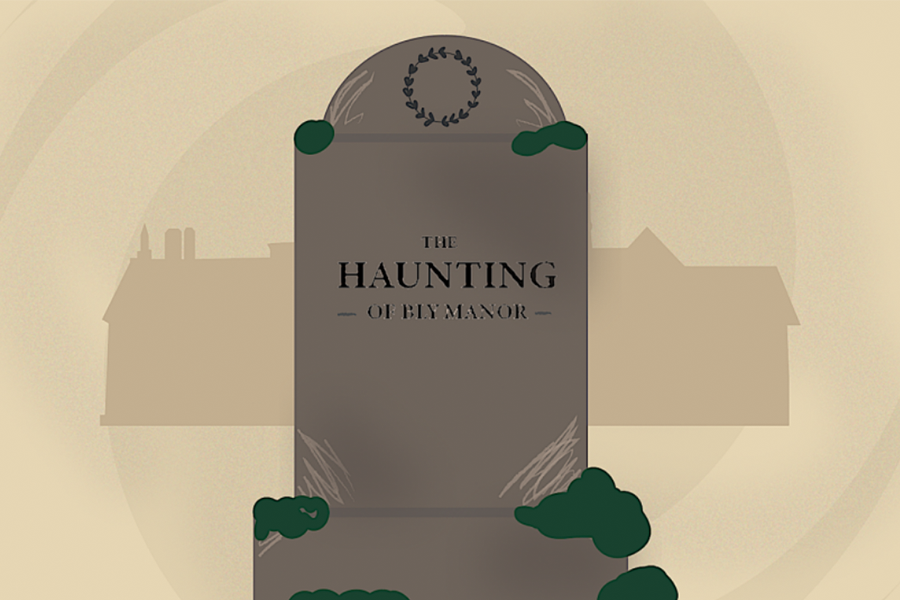 “The Haunting of Bly Manor” is based on the 1898 novella, “The Turn of the Screw” written by Henry James. The series stars Victoria Pedretti, Oliver Jackson-Cohen, Tahirah Sharif, T’Nia Miller and Henry Thomas, among others.

After the smash hit that was “The Haunting of Hill House,” my expectations were quite high for “Bly Manor.” “Bly Manor” may not be as strong as its predecessor, but it is a well-made story, combining great characters and an interesting narrative.

Henry Thomas, Victoria Pedretti and Oliver Jackson-Cohen all return from “Hill House” in leading roles. Putting Pedretti in the lead role as Dani is a great change from her smaller role in “Hill House,” being able to showcase her acting skills even more.

Giving Pedretti the spotlight seems to be what makes the series work. Without Pedretti, the show would have much less heart. The show excels at writing the characters in a way so that the audience begins to truly care for them, but Pedretti is what makes it all come together.

Every performance is superb, with T’Nia Miller and Tahirah Sharif being the absolute standouts from the new cast.

Miller gives a phenomenal performance of housekeeper, Mrs. Grose. While Mrs. Grose begins as an enigma of a character, we soon learn that she is extremely layered, being one of the most interesting and likable characters in the entire series.

Sharif gives a heartbreaking performance as Rebecca Jessel, the doomed predecessor of Pedretti’s Dani. Rebecca’s story is vitally important to the overall narrative of “Bly Manor” and Sharif does a fantastic job at portraying the character.

Sharif and Miller deserve many more roles with the same level of writing and depth. They both succeeded, managing to shine above the other performers, all of which who also gave amazing performances.

Both child actors, Amelie Bea Smith and Benjamin Evan Ainsworth, also give great performances as the orphans Dani is set to take care of.

While the series is not quite as effective as “Hill House” in terms of scares and storytelling, “Bly Manor” serves as a worthy follow-up, crafting an extremely investing story with great tension and depth.

Like “Hill House,” “Bly Manor” ignores the stereotype that modern horror relies on shock and violence over an interesting story and well-written characters. The series takes a well known novella and puts a unique and original spin on it.

The cinematography is unbelievable, framing each scene in a way to convey the emotions that the viewer is meant to feel. Since the majority of the series is set in one location, the location needs to host a variety of scenes, not just those that are meant to be scary. The cinematographer does a great job at utilizing the set in different ways.

Many different types of scenes could be shot in the same room, with one of the scenes being very romantic and loving and the next scene being that of terror.

While the narrative may be overcomplicated at times, the series flows very well throughout its nine-episode run.

“The Haunting of Bly Manor” may not be as scary as its predecessor, but it makes up for it with great performances, atmosphere and writing.

“The Haunting of Bly Manor” is streaming now on Netflix.