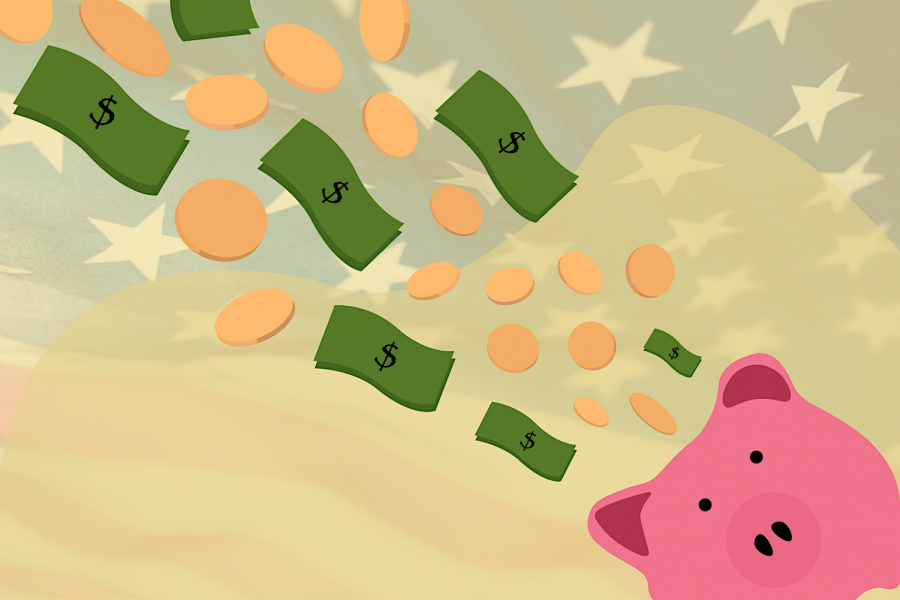 The Covid-19 pandemic has brought devastation for nearly all sectors of the American economy with the unemployment rate hovering around 7.9 percent as of September, a drastic decrease from the 14.7 percent unemployment rate in April.

However, many Americans are still facing unemployment, inability to pay bills and an uncertainty over whether a second stimulus bill will be passed or not.

While the debate over what should be included in a second stimulus package is still being waged in the chambers of Congress, it is worth examining the many reasons why college students would benefit from receiving a stimulus check.

The government gave people who claimed dependents an extra 500 dollars per dependent claimed, meaning that college students essentially received nothing.

Due to the increased number of cases and the ongoing toll of the pandemic on the economy, if a second stimulus bill is passed college students need to be eligible to receive money.

College students were affected by unemployment as well, with many finding their internships being cancelled or they were unable to find work after being sent home when many universities and colleges shifted to an online format.

Many students are still taking classes entirely online, meaning that any money they might have received doing work in their college towns evaporated. Students depend on that income to pay rent, bills and student loan debt.

Even when universities opened up for on-campus learning, the federal work study programs found themselves not adequately funded. This meant that students who relied on those jobs as their only source of income were suddenly unable to work the same amount of hours they were accustomed to, as was the case here at Baker.

There has been some talk about the latest stimulus bill containing provisions on student loan debt not accruing interest, nor requiring payments to be made. However, these sentiments have only been discussed in the House of Representatives stimulus bill, which has been stalled by the Senate.

Current Speaker of the House Nancy Pelosi and Treasury Secretary Steve Mnuchin have been working toward a relief bill that would pass in both chambers of Congress. But, it is unlikely anything will happen until after the election. Even then, student debt relief and college students in general have not been considered as top priorities, which is a serious mistake.

While student loan relief is something desperately needed, another stimulus check could go a long way for a lot of college students. Many students have not only faced lack of income themselves, but their parents’ financial security has been rattled as well.

While many people assume that parents are helping their children in college get through this economic crisis, the simple fact of the matter remains that some are simply unable.

Not everyone has the luxury of financial security at home to depend on when they lose their school job or have their work study hours cut. Not everyone had sturdy financial footing before the COVID-19 pandemic, rendering the economic consequences that much greater.

A stimulus check for college-age students would go a long way at granting a semblance of financial relief, and it is an issue Congress needs to include in their relief bill talks.