Marjorie Taylor Greene becomes a symptom of the larger issue 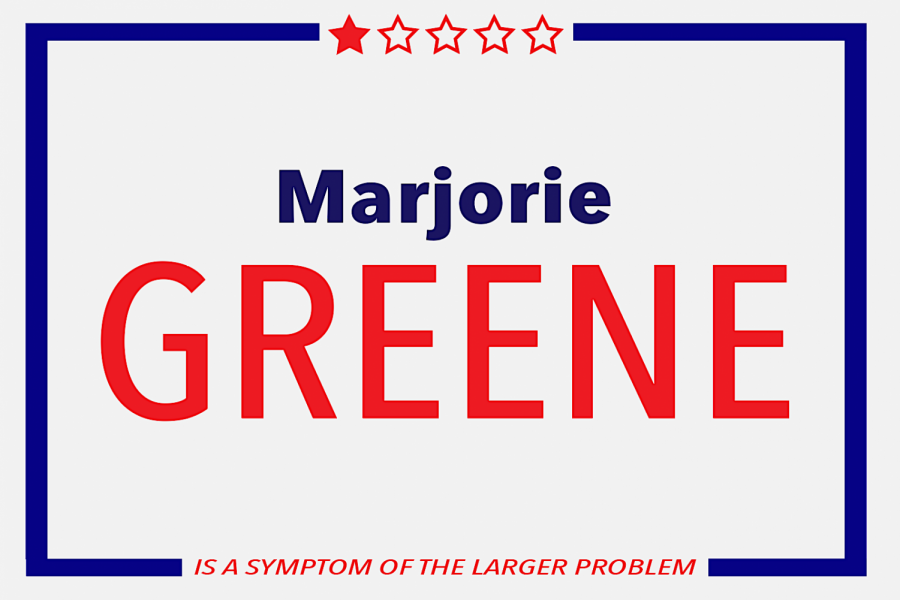 If you have heard anyone talking about Jewish space-lasers causing the wildfires in California, they were probably talking about House of Representatives member Marjorie Taylor Greene (R-GA). Greene has been the center of public debate over her promotion of several Q-Anon conspiracy theories.

Greene, a freshman legislator, was removed from her committee appointments as a form of rebuke against her endorsement of harmful and dangerous conspiracy theories which were rooted in racism and anti-Semitism. Moreover, in the past Greene had actively advocated for violence against current legislators of Congress.

While Greene’s actions and words have been incendiary from the beginning of her term, the very fact that she is an elected official of the United States is symptomatic of a much larger issue. Fear and bigotry are turning into ideological differences instead of being renounced by a majority of the American public.

The premise behind Q-Anon, the idea that a child sex-trafficking cabal is controlling the world, first appeared in 2017. Since then, a December poll conducted by NPR found that more than half of Americans believe that Q-Anon is definitively false. The same poll found that 40 percent of Americans believe a “deep-state” government was actively acting against former United States President Donald Trump.

The ideas of Greene and of Q-Anon are no longer found only in fringe-groups but are believed by many Americans. This wide-spread belief only adds legitimacy to the false claims spread in the conspiracy theories. A politician like Greene then harnesses this idea to garner public support and gets into elected office.

Many would say that Greene’s election was a one-off chance, but the fact that she was elected with over 75 percent of the vote in her district only demonstrates how widespread the conspiracy theories are. The reason why so many people believe in Q-Anon and other baseless conspiracies lies in widespread fear over the future of America.

People often begin to believe in conspiracy theories, like Q-Anon, when there is a perceived threat to their power base. For Greene, and her supporters, the increased diversification of America’s demography has created anxiety over loss of privilege, status, and sense of superiority. This phenomena has been discussed and researched by Duke University political scientist Ashley Jardina in her book White identity Politics.

Thus, people like Greene get elected into office perceived as being the solution to a perceived threat caused by increased diversity. Greene’s support over insane conspiracy theories may seem like the problem, but it is the American public believing these theories and acting on them on the ballot that makes them exceptionally dangerous.

More and more Americans are believing in the blatant racism and bigotry Greene purports. Greene is not the only elected official to believe in these types of things, but she certainly has been one of the most vocal about her beliefs. She is a symptom in the increased hatred and racism in America and is a blatant reminder of how many people share her ideology.