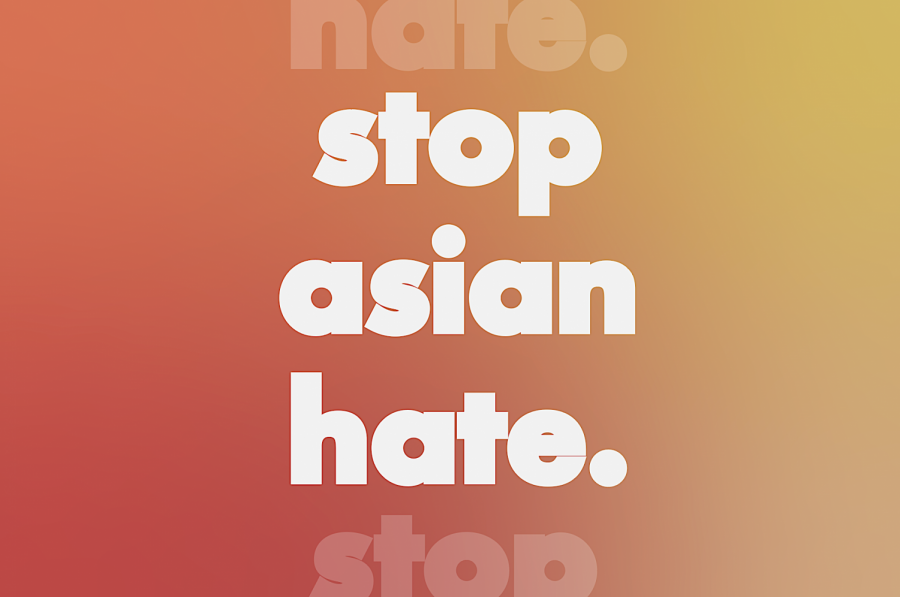 Racially-motivated hate crimes against Asian Americans have surged after the beginning of the COVID-19 pandemic. During recent months, the call to amplify marginalized voices has received more attention.

The hashtag “#STOPASIANHATE” has surfaced on social media to combat heightened verbal, emotional and physical harassment toward Asian American people.

Sophomore Micayla Houser continuously shares posts related to the issue on her social media platforms in hopes that people will pause to read and share as well.

Houser believes much of the conversation about the mistreatment of Asian people was drowned out in the summer of 2020 by the prominence of the Black Lives Matter movement happening simultaneously.

“There were a lot of different voices at once fighting for different things,” Houser said. “It is important to acknowledge that white supremacy is the ultimate oppressor, and we must be inclusive in resistance.”

The United States has an egregious history of xenophobia. Putting the responsibility on outside countries and non-white racial groups for major events is a theme in the U.S. After the tragic 9/11 attacks, anti-Muslim and anti-Arabic rhetoric increased. After Pearl Harbor, people of Japanese descent or perceived Japanese descent were put into internment camps.

After the first case of COVID-19 was recorded in Wuhan, China, former President of the United States Donald Trump repeatedly referred to the COVID-19 virus as the “China virus,” putting the sole blame for the spread of the virus on China. Other racist pandemic-related names include the “Kung-Flu.”

To Junior Danielle Hoff, it is important for people to understand that seemingly positive stereotypes can have a negative impact on individuals.

The stereotype that all Asian people are inherently book-smart is harmful to Hoff. When people attribute Hoff’s successes to simply her race, she feels that they are diminishing her hard work. Hoff also finds that people tend to group her together with their perceptions of Chinese culture.

“Just because my ethnicity is Chinese, it does not mean that I represent the country or follow all the customs and beliefs,” Hoff said. “I am an individual and not dictated by where I am from.”

Stop AAPI (Asian American Pacific Islander) Hate, a reporting center launched at the beginning of the pandemic in response to the increase in racial violence, shares knowledge and resources, urges people to act and allows civilians to report hate crimes. The center received 2,808 reports of anti-Asian discrimination between Mar. 19 and Dec. 31 of 2020.

While anti-Asian violence has occurred nationwide and specifically in big cities, the number of attacks in 2021 have mainly been in the California Bay Area, especially in San Francisco and Oakland’s Chinatowns.

Vicha Ratanapakdee, an 84-year-old, Thai man, was out for his daily walk when he was charged at by an attacker on Jan. 28 in San Francisco. Nineteen-year-old Antoine Watson was arrested.

After being in the hospital for two days, Ratanapakdee died of a brain hemorrhage. His family attributes the attack to racism. According to The New York Times, the timing was nothing short of predominant, but there is no blatant evidence yet that the attack was racially motivated.

On Jan. 31, a 91-year-old Asian man was attacked on the street in Oakland’s Chinatown. According to ABC News, the attacker, a 28-year-old suspect, had been connected to a series of random attacks on Asian people in the area.

Many of these attacks have been caught on camera and shared through media, causing an outcry of anger and calls for justice.

Incidents of anti-Asian hate crimes have increased almost 150% over the year in major U.S. cities. Additionally, the New York Police Department (NYPD) reported that hate crimes motivated by racism against Asian Americans surged 1,900% in New York City in 2020, according to Time magazine.

President of the United States Joe Biden recently signed an executive order which condemns racism and xenophobia against AAPI communities. It also states The Secretary of Health and Human Services will work to improve cultural competency. The executive order was released on the White House Briefing Room website page on Jan. 26.

Within the executive order, Biden also mentioned the contributions these communities of people have made to benefit the country. According to the New American Economy Research Fund in May 2020, 1.4 mil. AAPI healthcare workers made up 8.5 percent of essential workers, many of them being immigrants. These jobs include healthcare providers, first responders and other essential jobs.

Though the executive order acknowledged the issue, there is still prevalent violence against these communities, and advocates urge everyone to stay engaged and hold authorities accountable.

“Individualism as an ideology is so detrimental to everything. There is this ‘boot-strap’ culture that says everything is up to you, and you alone,” Houser said. “But I think the answer to that is community care and caring enough to stay in the fight.”