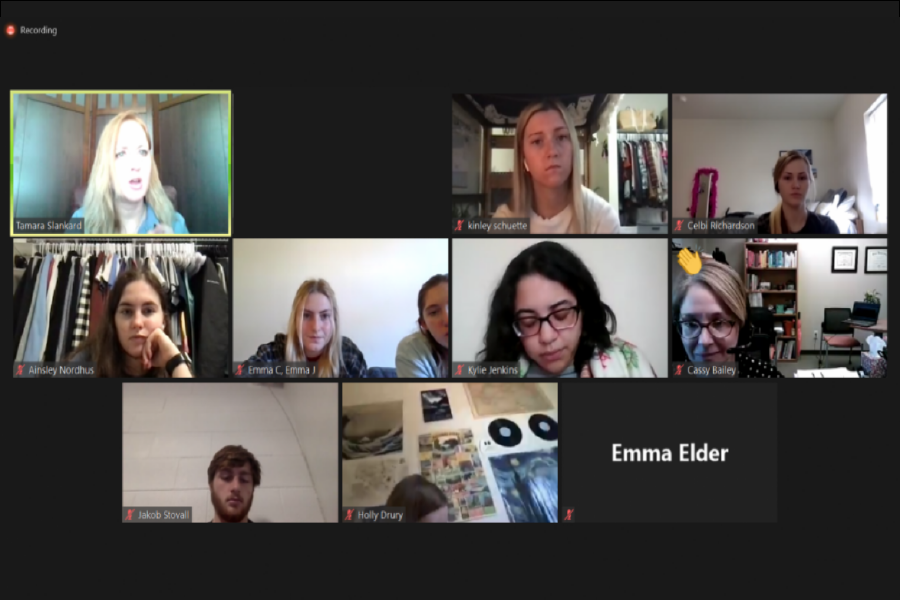 During the fall semester, Baker University announced that Quest courses will be replaced by the newly developed Baker Core program. Assistant Dean of General Education Tamara Slankard held two Q&A forums on Feb. 23 and Feb. 24 to inform students about the program and what changes to expect.

“That was not the first time they’ve had access to that information, but it was an attempt to reach as many of them as we can and make that information accessible,” Slankard said.

Slankard went on to explain that the purpose of the Q&A forums was to aid in the transition process. She believes that a smooth transition allows for students to focus on the highlights of the program rather than the technicalities.

Students were not required to attend the seminars, but instructors still encouraged their students to attend for their own benefit. It also provided the opportunity for students to ask questions more specific to their situation.

Ainsley Nordhus, a freshman Nursing student, attended the forum and brought up a question concerning nursing students’ requirements. With the Quest program, nursing students have to take four Quest classes before going to nursing school.

One of the key differences between the two different programs is how they divide up their classes. In the Quest program, students take whatever courses fit their current course level. The Baker Core program, however, categorizes the different classes based on four different concepts that their courses will focus on exploring.

“At the end of everyone’s freshman year, before they enroll in classes for the fall of their sophomore year, they’re going to declare one of those four themes. That’s the theme that’ll define what we’re calling the “core concentration” portion of their gen eds,” Slankard said. “And we’ll make sure it’s indicated on students’ transcripts so that it’s not just a thing where their general education is just a checklist but that it’s tied together in meaningful ways.”

However, because the courses are being changed, there have been some concerns that certain credit hours won’t be carried over.

Sophomore Emma Elder came to Baker with enough credit hours to be considered a sophomore her first year in attendance. Her unique situation made her unsure of how the changes would affect her graduation process.

“They’re trying to narrow the path for your interests, so you take a lot of the same classes. Now you pick your interests and you get all these classes that you can choose from under that interest,” Elder said. “I like the new Core program. It just kinda sucks for our class because I know for me, personally, I’m worried that classes I’ve already taken won’t count towards anything.”

The Q&A forums had less than thirty students attend in both sessions. However, the students who did attend were glad that they did.

“It was a little nerve-wracking at first when I heard they were changing to Baker Core. Mostly because I was worried that I wouldn’t be able to go to nursing school a semester early,” Nordhus said. “But after attending the Zoom call and getting that question answered, I’m very excited and glad they made that change.”

The students are also optimistic that this will be an improvement over the old system, even if they’re caught in the transitioning process.

“Coming in as a freshman, I didn’t understand the Quest courses,” Nordhus said. “I personally like how they organized Core because it makes it easier for students coming into their freshman year to understand their coursework. Like ‘here’s all the classes that everybody’s going to be required to take, then here’s four interests you can pick from.’”

Slankard is looking forward to introducing the new program to future students and seeing how it can help further Baker’s reputation of excellence.

“If you’re a sophomore or beyond, the quickest pathway for you is the path you’re already on. But even if you’ve aged out of it, I think it’s something to be excited about,” Slankard explained. “It’s grounded in the best tradition and a Baker degree is going to continue to mean that you’ve gotten a really broad exposure that you’ve studied very broadly.”