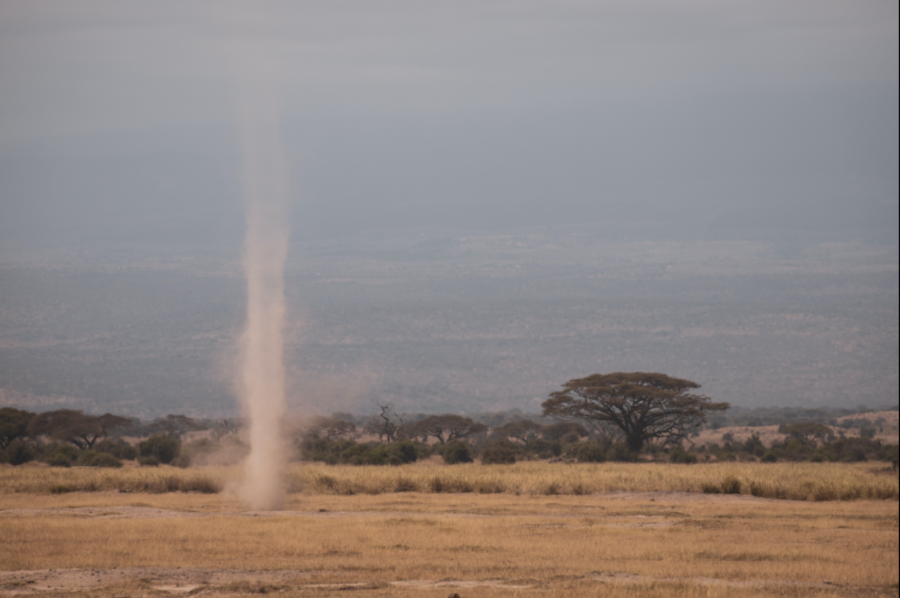 Tornado season in Kansas poses dangerous threats, emphasizing the importance of students knowing what to do if one appears.

Severe thunderstorms and tornados are hallmarks of spring and summer in the Midwest, but current weather patterns may make this year’s storms seem more intense than most.

Meteorologists have predicted the 2021 tornado season may be more severe than usual due to the weather phenomena known as La Niña.

The National Oceanic and Atmospheric Administration defines La Niña as an occurrence of cold water in the Pacific Ocean pushing toward the surface, resulting in a northward polar jet stream.

A 2017 study found a clear relationship between changing patterns of tornados and La Niña, indicating that storms occur more frequently and with greater intensity.

The height of tornado activity in Kansas usually occurs from April to June with the peak between May and early June. With the increased risk of severe damage from tornados, students should be prepared to deal with severe weather.

Associate Vice President of Capital Planning, Facilities and Emergency Management Scott George wants students to be prepared for a tornado warning whether in class or in the residence halls.

George said the best thing for students, staff and faculty to do if a tornado warning is issued for Baldwin City is to move toward the storm shelter designated for that building. These areas are typically near the center of the building on the lowest floor possible.

“I highly encourage every student to look at each building and learn where they should go when they are in that building,” George said.

Posters with instructions for emergency shelter can be found in buildings and classrooms across campus.

If Baldwin City is in the current path of a tornado, George said classes would be immediately dismissed for everyone to find shelter.

George also emphasized that students who find themselves outdoors should seek shelter immediately.

“[The shelter] may not be your dorm. Always know your surroundings,” George said.

The importance of keeping up to date with weather events is crucial in preparing for severe weather. George said the possibility of severe weather or tornado should make everyone more aware of the risk.

“The amount of time we have from Tornado Warning to its arrival can help with getting people in the right location. This is why it’s important for everyone to be weather aware and utilize all resources,” George said.

Most smartphones come with a built-in weather app as well as emergency alert functions. These devices should help in alerting people to get to safety.

During severe weather events the safety division, in conjunction with facilities services, monitors the situation with help from Douglas County Emergency Management.

If severe damage was sustained by the school during a tornado, the health and safety of everyone on campus would be the first priority for the university. After that, several variables would be considered to determine how the semester would go on.

Overall, George emphasized that being aware of the potential for severe weather and being prepared will help keep everyone safe.

Students can register to receive emergency alerts from the university regarding severe weather or other emergency situations here.