Infrastructure bill must include high-speed railways 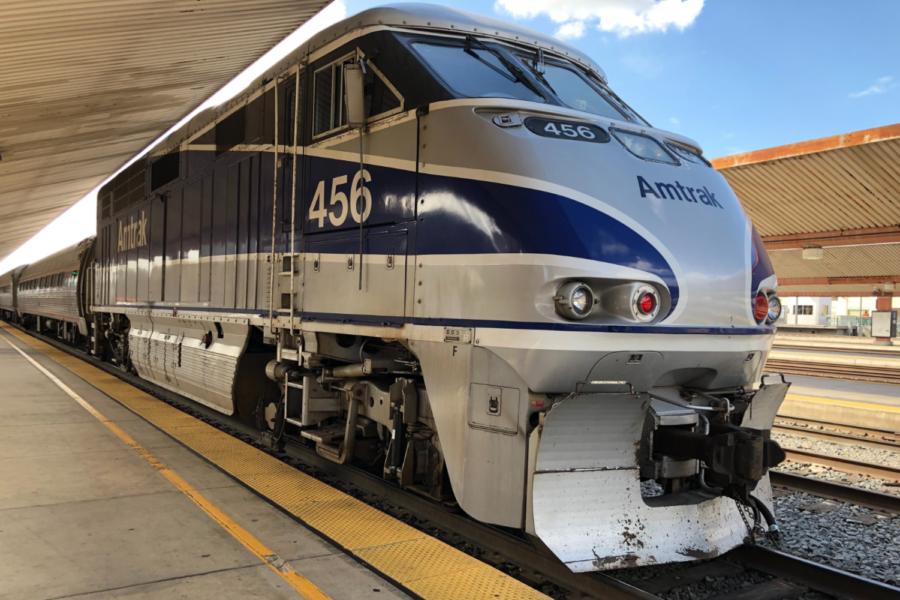 The 2 trillion-dollar infrastructure bill recently unveiled by the Biden administration failed to include the development and implementation of high-speed railway in the US.

The Biden administration recently unveiled a 2 trillion-dollar infrastructure bill that not only focuses on infrastructure, but a clean energy and jobs initiative as well.

The bill grants money to much needed sections of America’s aging infrastructure with 115 billion dollars being allocated to repair bridges, roads and highways and 174 billion dollars on electric vehicles.

What the bill does not include, however, is the development and implementation of a high-speed railway system in the United States. This is a mistake and one that could ultimately hurt rather than help the economy.

Despite President Biden championing the idea in 2009 under the Obama administration, the new infrastructure bill only seeks to improve upon the current train system.

The bill has allocated 80 billion dollars to Amtrak for its repair backlog as well as improvements on existing routes and the expansion of routes.

However, the bill is expected to face extreme opposition in Congress and even moderate Democrats are wary of the high price.

While the bill is debated, an emphasis should be placed on the need for a high-speed railway system and how the United States could benefit from such a system. Moreover, the perfect time to introduce such an initiative would be with a high-profile infrastructure bill.

Supporters of the bill claim that just because money is not set aside for a high-speed railway, that does not mean one would not be built with grant money.

One facet of the bill provides grants to developing and improving inner-city rail systems and this could result in high-speed rails. But, the focus of the bill is dedicating funds to what would benefit the public most.

However, high-speed railways would ultimately be the best way to address inequity in travel within the United States.

According to the Department of Transportation, having access to high-speed railways would greatly benefit low-income and minority communities who otherwise do not have adequate access to public transit.

Moreover, while the train system is unlikely to replace airplanes and cars, it allows travelers another option if they do not want to fly.

This is especially intriguing for travelers who are conscious about carbon dioxide emissions as less carbon is generated per passenger when they take the high-speed railway rather than an airplane.

Carbon dioxide emissions are the driving force of the climate crisis and, to properly address the problem, the government must come to terms that airplanes are huge emitters of carbon dioxide.

To become a sustainable green economy, trains must replace short-haul flights so less emissions are emitted and more Americans have the opportunity to travel.

The addresses in inequity and the environment are the main reason why younger Americans are in favor of a high-speed railway system being constructed. With President Biden’s previous support for the train industry, many believe that this is the only chance the government has of making the railway a reality.

The United States Speed and Railway Association recently released a five-point plan aimed at instigating action within the Biden administration. Among the points, the association hopes that high-speed railways will eventually replace short-haul flights in the United States.

The infrastructure bill is a beginning to addressing the issues of American transit, but this is the best opportunity to lay the groundwork for a high-speed railway that would benefit the most Americans and help ease carbon emissions.