The Baker Orange • May 4, 2021 • https://thebakerorange.com/35864/opinion/america-continues-to-face-gun-violence-epidemic/ 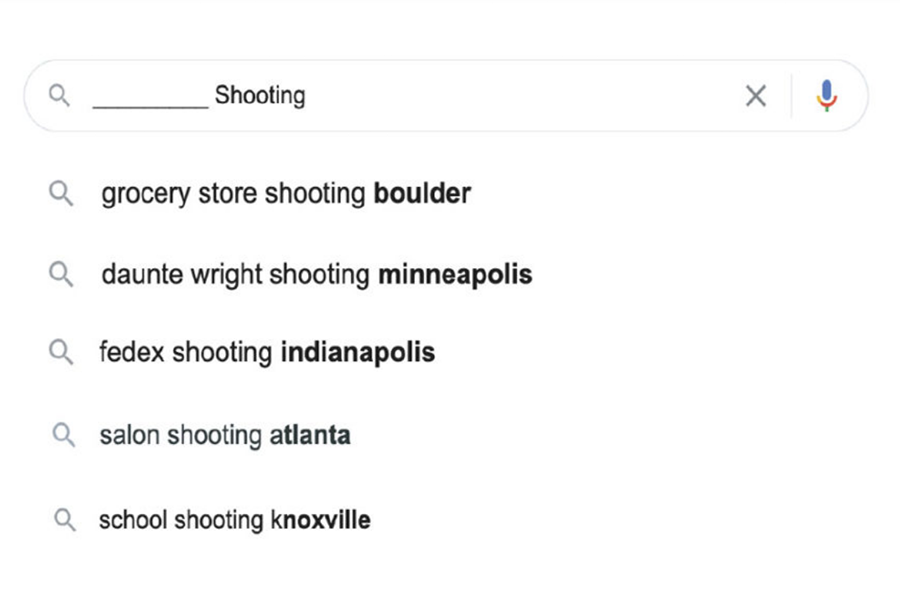 In 2020, the world confronted one of the toughest public health problems to date. COVID-19 uprooted nearly every aspect of daily life and yet the United States continued to suffer another epidemic that hand sanitizers and masks cannot mitigate.

As the nation grieves the loss of over 550,000 COVID deaths, people turned their attention away from the daily gun violence that has become a public health crisis. Mass shootings and gun violence are deep-seated attributes of American culture. The U.S. leads developed nations in rates of mass shootings.

Despite traumatic shootings like Sandy Hook Elementary School, the 2017 Las Vegas shooting, Pulse Night club, Columbine and others, the culture surrounding gun violence persists. As a nation, we have accepted this fate. Regardless of how many lives are lost, the country remains at a standstill when it comes to writing proactive legislation to prevent more tragedies.

In the wake of COVID-19, a calamity of social circumstances exacerbated the factors that fuel gun violence. Economic instability increased financial stress for many families and individuals. A lack of social engagement and the loss of daily structure contributed to the constant deterioration of mental health. A general feeling of hopelessness spread across the country as the global crisis set in.

Observable social trauma paired with soaring gun sales in the U.S. allowed for gun violence to flourish. Not only were people experiencing high levels of stress, anxiety and depression, but they had the means to act on it violently.

Throughout the pandemic, rates of domestic violence were also on the rise. An alarming number of families were quarantined in unsafe homes for months on end. These abusive situations are more likely to turn deadly when abusers have increased access to firearms.

Studies also show that increased gun ownership triples the risk of death by suicide. In America, the gun suicide rate is 10 times higher in comparison to other high-income countries. Within the past year, suicide has been attributed to over 60% of gun deaths in America.

Even during a pandemic, gun violence persisted outside of private spheres. In 2020, the country suffered over 600 mass shootings despite social distancing and COVID safety efforts in place. With COVID flooding every news and media outlet, many of these shootings went unnoticed to the general public.

In 2021, several major shootings reignited the national conversation about gun violence that had been lost for over a year. On Mar. 16, a white gunman opened fire on three spas in Atlanta murdering a total of eight victims, the majority of whom were Asian women. The following week, 10 people were killed in a shooting at a supermarket in Boulder, Co. In April, eight people were shot dead in a FedEx facility in Indianapolis. The list goes on and on.

Gun violence is such a prevalent fear in America that we’ve accepted it to be our new normal. Research shows that on average, 316 people are shot in this country every day and over 200 of those shots are fatal. Among these 316 people, a disproportionate percentage of those being shot are Black Americans.

Since the death of George Floyd and the trial of police officer Derek Chauvin in April, the nation watched two more black lives get taken by fatal incidents of police brutality. On Apr. 11, 20-year-old Daunte Wright was shot by an officer after being pulled over for a traffic violation. Less than 10 days later, 16-year-old Ma’Khia Bryant was shot by an officer after Bryant swung a knife at two people.

Unfortunately, these shootings are not an uncommon reality for Black people in America. According to EveryTown, Black Americans experience “10 times the gun homicides, 15 times the gun assaults and 3 times the fatal police shootings of white Americans.”

As plagued as the nation is with gun violence, reform efforts need to be comprehensive and inclusive of all communities. Recently, activists and politicians stressed that gun violence legislation cannot wait any longer while people of color are being shot and killed at alarmingly high rates.

Though COVID-19 vaccinations are rolling out across the nation, there is still progress to be made to improve the health and safety of the country, one epidemic at a time.