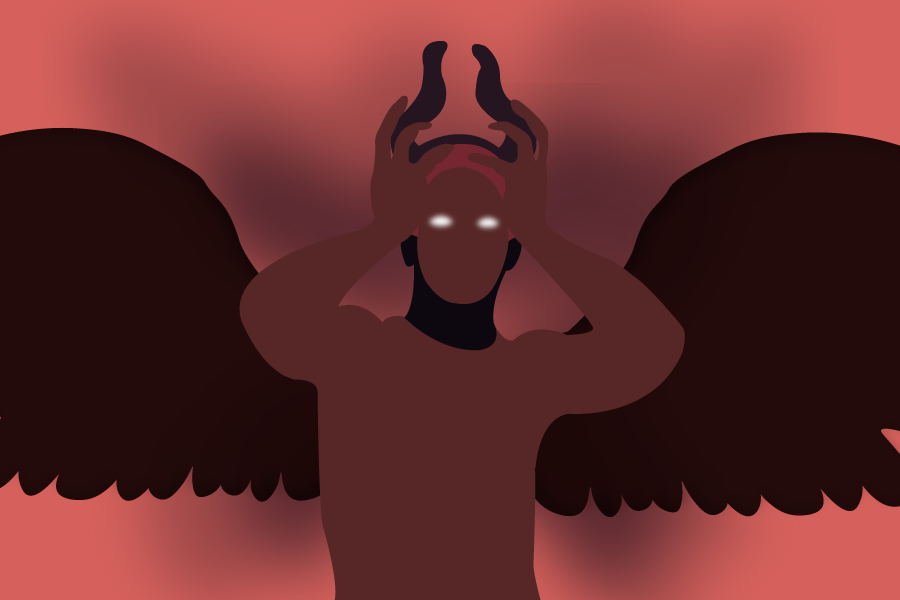 Lil Nas X stirs up controversy with his new song and video “Montero (Call Me by Your Name).”

Lil Nas X stirred up controversy recently with his new song and video “Montero (Call Me by Your Name).”

The critical response from conservative Christians, primarily white Evangelicals, not only was expected by Lil Nas X, whose real name is Montero Lamar Hill, but is even addressed in the song and video.

The song and video is partly a thirst trap about someone he met at a party, laden with religious language, but before the release, he also addressed a letter to himself as a southern gay Black man who felt pressured to come out during his rise to fame.

The song and video are full of intertextual references to religion and literature, including the title itself which hearkens to the film and book “Call Me By Your Name.”

In the video, Lil Nas X plays every character of a “Paradise Lost” themed epic where he takes on the mantle of so many Queer, Black Southerners that are religious and persecuted by religion.

First as Adam, the “everyman,” Montero is tempted by the serpent to come out and embrace his sexuality. On the tree of life, there is a Greek inscription from Plato’s “Symposium,” which states, “After the division the two parts of man, each desiring his other half.”

This references to the long history of homoeroticism, especially in Western culture.

Later he is seen as a Christian who is led into a Roman coliseum where he is condemned and stoned by other Christians who are judging him for his sexuality.

In this scene, his is dressed in pink while the other characters are all in blue, hinting at modern hetero/cis-normative gender roles and the religious expectations thereof.

After his death, he rises to heaven only to choose Hell, where he rides down a giant stripper pole; enters the gates of Pandemonium; gives Satan a lap dance only to proceed to kill him and take his crown.

Again, hearkening to Lucifer in Milton’s “Paradise Lost” proclaiming that it is “better to reign in Hell than serve in Heaven.” So, what is going on here?

Basically, Lil Nas X, a devout Christian himself, is showing the pressures that every Queer Christian has to go through, especially when the loudest voices are constantly condemning you.

As a result, many people like Lil Nas X had to grow up hearing that Jesus did not love their identity, while still trying to be devout themselves.

Although about 50 percent of Queer folks are Christian, a large group left the church, often feeling threatened by their fellow Christians. Feeling much like Montero in the video and Lucifer in “Paradise Lost,” it would be much better to act as a ruler in Hell than to be judged in Heaven like you are on Earth.

When Montero enters the throne room of Hell, the floor reads in Latin, “they damn/condemn what they do not understand.”

The irony about a lot of this is that homophobia in Christianity is relatively new. I don’t have the space to go through Bible verses and translation issues, but in a nutshell, the modern evangelical interpretation of gender and sexuality is just that: modern.

Many of the terms and concepts that are translated in the Bible were not created until the late 1800s (insert here a plea to take my Theories of Religion course).

And yet, how did the people respond?

Twitter became alive with racist and homophobic comments about the video. Lil Nas X even received comments from famous conservative pundits and even the governor of South Dakota.

Further controversy came when he said Nike was releasing a Satanic shoe in partnership with him. Nike is now suing Lil Nas X and the custom shoemaker, MSCHF, who created the shoe that purportedly contains a drop of human blood.

This did not stop his song from hitting millions of views on YouTube and topping the charts as a new #1 single.

In many ways, he proved his point and showed how the large majority agree with him, yet the loud minority make headlines with their condemnation.

We do not understand what is the larger issue, the overtly homoerotic lyrics or the depiction of Satan.

Regardless, this is not a new phenomenon. Christian groups have tried to police music, comic books and movies for decades, even threatening violence if censorship does not occur.

In 1978, Richard Donner received death threats for adding Christ-like imagery to “Superman the Movie”, and in 1988, a theater was firebombed for showing “The Last Temptation of Christ.”

Not to mention the number of heavy metal and hard rock albums that have been condemned for being Satanic.

In one tweet, Lil Nas X called out his attackers for being the same people that do not subscribe to political correctness.

In a sense, his video and his subsequent tweets show us that the same Christian and conservative groups that condemn cancel culture may have been the originators of it and will not stop anytime soon.