Wildcat Football defeats Olivet Nazarene in round one of championship series 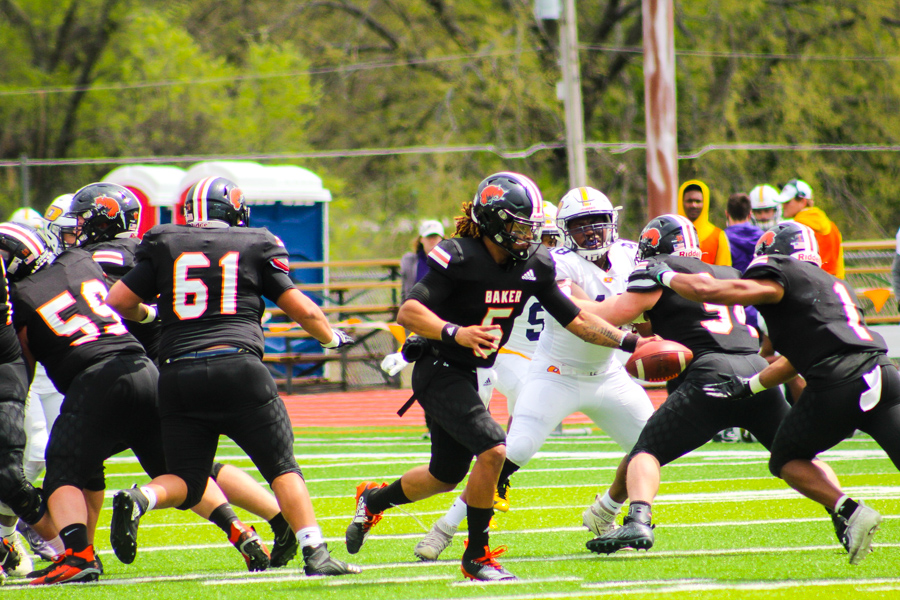 On Apr. 17, the Baker Wildcats were able to punch their ticket to the second round of the NAIA Football Championship Series by beating Olivet Nazarene 59-54.

The game started off with  five turnovers by the Wildcats, giving the Tigers a short lead of 24-21. However, Freshman Devin Derousse was able to drill in a field goal before halftime to tie the game at 24-24. As a team, Baker was able to pick up a total of 484 yards against Olivet’s 444.

JD Woods made a large impact, having a total of 258 yards and five touchdowns at the end of the game. Woods was able to successfully take over the second half. Capitalizing on a turnover led Woods to take the ball 35 yards to score his third touchdown, with his fourth following soon after.  This run gave Baker a 38-31 lead in the third quarter.

In the fourth quarter, Olivet Nazarene was able to retake a short-lived lead. This change in lead was ended by another touchdown from Woods, giving the Wildcats a 59-47 lead. With one more touchdown on the board by the Tigers, the Wildcats were able to hold them and run out the clock to win the game 59-54.

The Baker Wildcats will be playing in the second round of the NAIA Football Championship Series Saturday, Apr. 24 against Morningside College in Sioux City, Iowa.