The Baker Orange • May 11, 2021 • https://thebakerorange.com/36112/opinion/heteronormativity-still-a-very-prevalent-issue/ 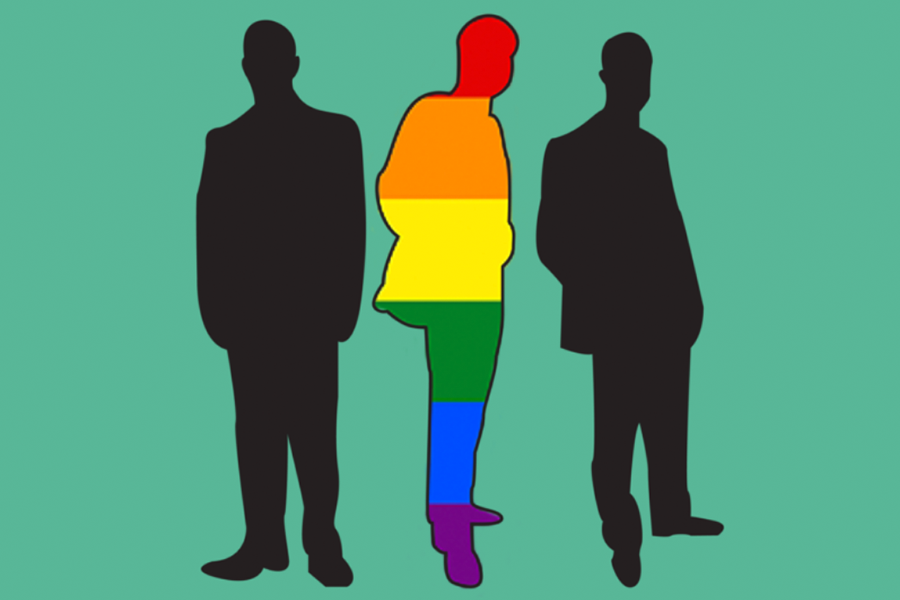 Following celebrity Colton Underwood publicly coming out, it becomes important to discuss celebrities and their ability to come out without being ridiculed.

On April 14th, former star of “The Bachelor,” Colton Underwood, came out as gay during an interview on “Good Morning America”. In the interview, he confesses that he has known he’s been “different” from other people since he was a child and that it was only during 2020 that he came around to fully accepting himself as a gay man. And this is after he spent a television season on a popular reality show about dating women.

Within the past few years, members of the LGBTQ+ community have started to gain more public recognition and acceptance throughout everyday life. But Underwood’s most recent coming out demonstrates that the pressure to perform to society’s expectations of us ― no matter what we identify as ― is still a prevalent issue despite the strides that have been made.

We live in what is known as a “heteronormative” society ― a society that assumes everybody is straight, cisgender and falls into typical gender roles. It’s the mindset that tells us that boys can’t wear nail polish, that girls all want to be mothers someday and that same-sex attraction is strange. Even as progress has been made, there is still an “othering” going on to whoever doesn’t fall within the expectations of society.

It might be easy to dismiss the pressures of heteronormativity, even on celebrities such as Underwood. After all, he’s allegedly getting his own Netflix show about living as an openly gay man. Ellen DeGeneres has had one of the most popular talk shows of all time. Caitlyn Jenner is even running as governor in the state of California and has seen more success than many of us will have in our lives.

But, if anything, the reality that Underwood has only come out now―as opposed to far younger―is because of society’s expectations and the inherent danger of being different. LGBTQ+ children are disowned after coming out to their parents and studies have shown that a disproportionate number of homeless teenagers are LGBTQ+. As adults, there’s also the threat of navigating the workplace, as very few states have specific laws in place to protect people from workplace discrimination.

Though there has been more inclusion and visibility given to members of the LGBTQ+ community, it doesn’t eliminate the threat so many individuals have in coming out and living as themselves. Even someone as well-known as Underwood does not feel fully protected from public ridicule for being himself.

But there is an important role that every publicly out celebrity plays: giving everyday people a chance to see themselves as successful.

In another interview with NBC News since coming out, Underwood said, “I’m like the happiest and healthiest I’ve ever been in my life and that means the world to me.” Another recent example is actor Elliot Page coming out last year as transgender, who has since given interviews discussing his experience and the joy he’s gotten being able to live as himself.

Though heteronormativity has continued to be a huge pressure on society, it hasn’t stopped the visibility of the LGBTQ+ community from growing. The change is slow and it will continue to be slow. But, as more people find the courage to come out and live as themselves, it will only make the world that much safer for everybody still in the closet.