Queerbaiting: Why does it matter? 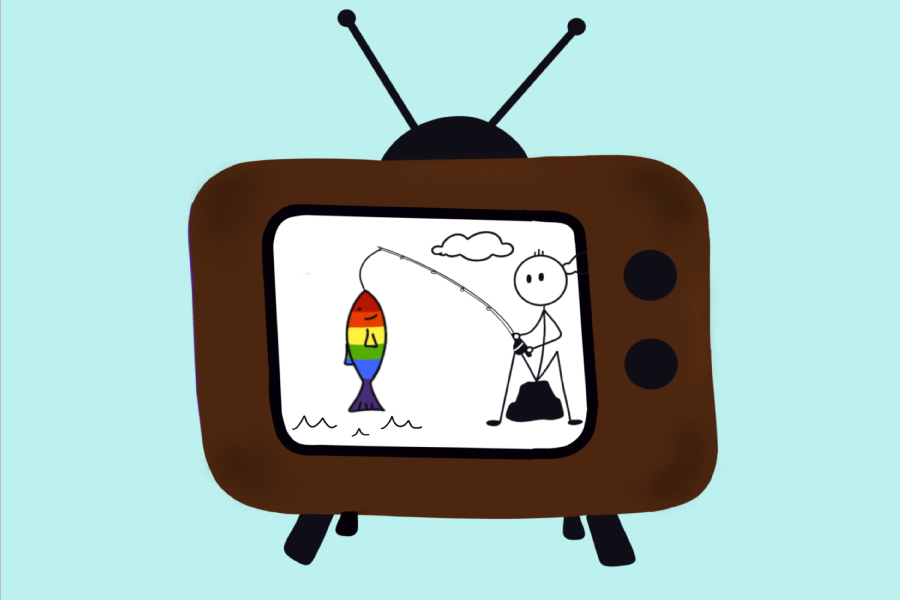 Queer baiting is an increasingly popular topic of conversation, and is problematic for the LGBTQIA+ community.

Back in June, Billie Eilish posted a photo of her surrounded by women and tagged with the caption: “I love girls.” Three simple words were enough to spark a debate among her fans and her detractors.

Some speculated this was a subtle way of her coming out as a member of the LGBTQIA+ community. Others, realizing that her post was made during pride month and that her latest single was about to make its debut, theorized Eilish was trying to stir up attention by hinting that she was part of the community. In other words, some suspected Eilish was guilty of queerbaiting her audience.

Queerbaiting is nothing new, yet it is only within the past few years that people have grown aware of the death grip it has on our media. For those unaware, “queerbaiting” refers to a practice where a piece of media hints at the possibility of representation, only to never fully commit to it or to do the bare minimum. It happens across all forms of entertainment, from television shows to video games and everything in between.

Eilish is not the first musician to receive allegations of queerbaiting. Back in 2019, Ariana Grande was accused of queerbaiting for almost kissing a woman in her music video for “thank u, next.” Similarly, Katy Perry’s classic “I Kissed a Girl” is also considered a trivialization of lesbian and other sapphic women’s experiences. Some even speculate it could be a fanservice meant to attract men who find it arousing seeing two women kiss.

Outside the music world, one of the most common forms of queerbaiting happens between “potential” same-sex couples. Two male characters are shown to have a very deep relationship and make comments about each other, that if one of them were female, would be read as flirty and romantic. Or a character who is confirmed to be LGBTQIA+ is introduced and then is killed off shortly afterward, a popular trope referred to as “burying your gays.”

So why does queerbaiting exist? The reason is simple and perhaps unsurprising: profit.

Hinting at the possibility of a canonically LGBTQIA+ character draws in the attention of the audience and increases their possibility for positive ratings. But, by doing the bare minimum or not confirming the character’s sexuality, the producers do not have to worry about potential obstacles that come with portraying an explicitly LGBTQIA+ character. Plenty of television stations still try to suppress the inclusion of gay characters, especially in children’s cartoons, to avoid running off potential advertisers.

The worst part is that it works. Plenty of LGBTQIA+ people want to see themselves represented in a meaningful way and not as a crude stereotype, a villain or as fanservice. So they’re willing to invest their time and energy into a production that will give them what they want, only to be betrayed.

We’ve seen this happen time and time again. The animated series “Voltron” heavily capitalized on its LGBTQIA+ audience by teasing on Twitter that an upcoming episode would reveal a gay character’s boyfriend. The highly-anticipated episode ended up having them in one scene together, doing nothing romantic and then dying in the second scene after he was introduced.

Or consider “Supernatural.” After spending almost ten seasons hinting at the possibility that two of the main characters, Dean and Castiel, have romantic feelings for each other, Castiel finally confesses his love. Only seconds later, Castiel is banished to a place worse than Hell known as “The Empty.”

Or Veronica and Betty kissing in “Riverdale” once and then the producers never circling back to it. Or “Sherlock” dropping several hints that Holmes and Sherlock’s relationship is something different. Or Dumbledore being supposedly gay but barely acknowledging it in the movies. Or Disney marketing several movies as having their “first gay character” despite it being objectively false.

Listing every example of queerbaiting is impossible given how common it is. By commodifying the LGBTQIA+ experience, it reduces the community’s pain, love and lives down to a simple marketing ploy. Companies are discouraged from keeping characters around that could potentially damage their precious ad revenue. Queerbaiting is just an example of how quickly the media industry will discard somebody’s story as soon as it outlives its profitability.