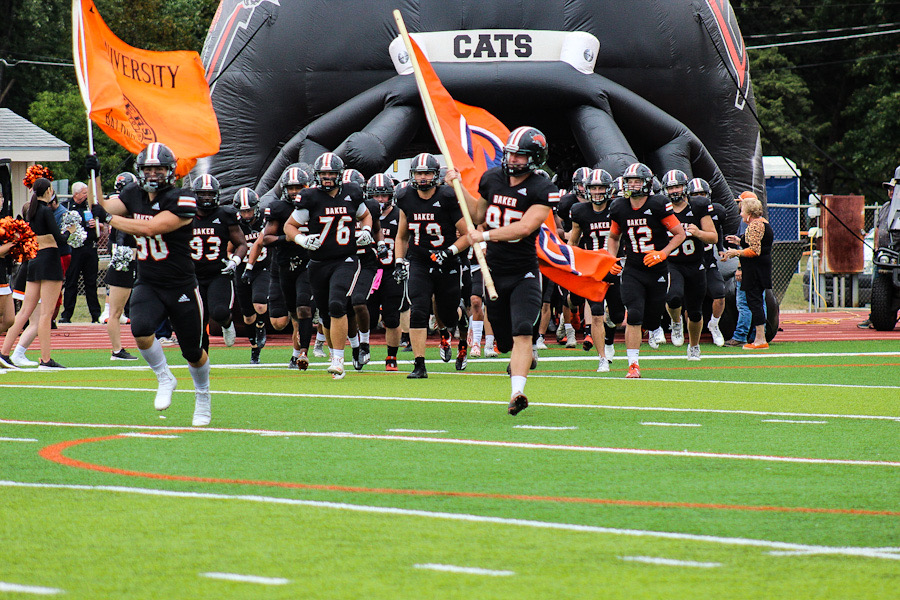 The Baker Wildcats enter the field for the start of the game against the Graceland Yellow Jackets on Oct 2.

Homecoming weekend started off with a bang as the Baker Wildcats football team wins over the Graceland Yellow Jackets with a final score of 58-7. With two lightning delays before half, the Wildcats didn’t let that hold them back. They forced two fumbles recovered by senior Josh Moore and junior Colton Hutchinson and had a total of 459 yards by the end of the game.

The Wildcats  had four touchdowns by JD Woods, who added to his already broken rushing record and was followed with touchdowns by freshman Caleb Nelson, junior Dwight Fagan, and freshman Will Roberts who finished off the game giving the Wildcats a 58-0 lead. Although Graceland was able to pull out a touchdown at the very end, Baker defended  their home field and is now 5-1 in the season.