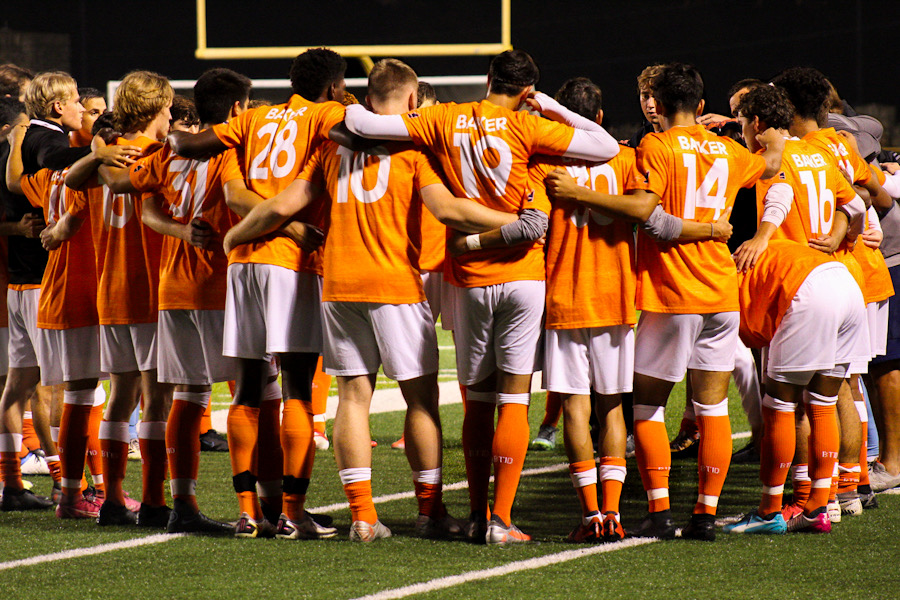 Baker Men's soccer gets a pep talk before the start of their game against Park University.

The Baker Men’s soccer team fell short this Wednesday, Oct. 6 against Park University. The game started off with the Wildcats scoring early making the score 1-0. Park was able to tie the game 16 minutes later.

Shortly after, Baker responded with another goal making the game 2-1 but the Pirates were quick with a goal to tie the game once again at 2-2. The Wildcats got a third goal going into the half making the score 3-2.

After the half, Sophomore Tj Libeer tied the game at 3-3 after 18 minutes with another goal by Mason Anderson, a Freshman for the Wildcats, to give the lead back to Baker at 4-3.

Park again tied the game three minutes later off a free kick followed by another in the 81st minute giving the Pirates the lead and making the final score 4-5.

The Baker men’s soccer team is now 8-4 in their season and will play Central Methodist on Saturday, Oct. 9.