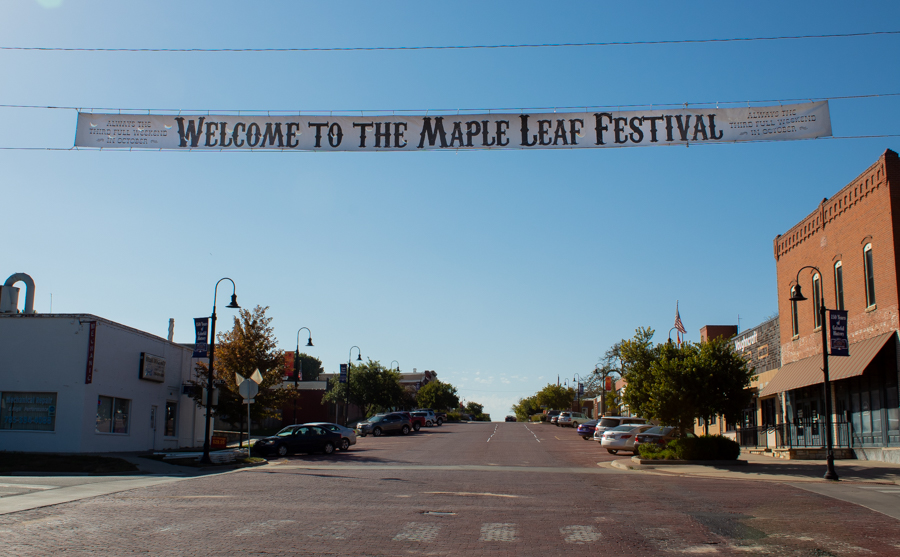 After skipping a year of the Maple Leaf Festival due to the COVD-19 pandemic, the festival is back and ready to take over the streets of Baldwin City.

On Oct. 16 and 17, Baldwin City is welcoming its annual Maple Leaf Festival back to town. This year the festival is expected to draw in anywhere from 15,000 to 20,000 people in total. With last year’s festival canceled due to COVID-19, the excitement surrounding this year’s festival has been building.

Department Assistant of Student Affairs, Samantha Cheek is co-chair of the festival for her third year and is excited to welcome guests back to Baldwin City. Serving as co-chair last year, Cheek was part of the team that made the decision to cancel due to COVID-19.

“It was an easy and hard decision. It was hard because we knew we were going to disappoint people, but more that we were taking away income from vendors that could affect their lives,” Cheek said. “It was easy in that we knew we didn’t want to take a risk in any way of someone becoming ill.”

This year the festival will be following Douglas County health guidelines, but there is no requirement for wearing a mask as the festival is held outside.

Beginning on Friday, vendors will assemble roughly 350 booths along the streets of Baldwin. Due to limited space, the festival typically has to turn away as many as 30 booths.

One vendor returning for their fourth year is South Baldwin Farms. The daughter of the owner of the farm, Katelyn Spurgeon is excited to get back to the festival. The farm is best known for their caramel apples and apple cider, which they were disappointed to not sell last year.

“I think that [canceling] was the best decision, we were bummed but we completely understood,” Spurgeon said.

“Maple Leaf is an exciting time and [I] love being at Maple Leaf with our farm,” Spurgeon said.

Another vendor looking forward to the festival this year is Tracy Leach. Leach is a Data Applications System Administrator at Baker University and this is her sixth year as a Maple Leaf Festival vendor. Her booth contains both cross-stitched and crocheted items including coasters, koozies, tea towels and placemats.

Leach sells products with her sister and is excited to return to the Baldwin festivities.

“My sister and I don’t get to spend uninterrupted time together for two days straight, so this is a really good time for us, we have fun,” Leach said.

With many attractions and so many reasons to stop by, Baldwin City is gearing up for a big Maple Leaf Festival weekend.

“There’s nothing better than having that family [and] community atmosphere,” Cheek said. “And Baldwin is so good at that in general, and then Maple Leaf Festival is just one more place we see it.”

Due to an influx of attendees, please note the following changes to Baldwin parking availability. 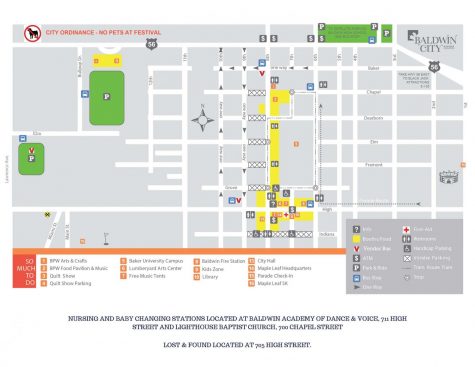 It is important to note that any car parked on these streets during these times will be towed.

Additionally, the Athletics Department is selling parking spaces for $10 to anyone who isn’t a Baker student, faculty member or staff member. Those parking lots include Collins paved lot, Irwin, Mabee, Gessner paved lot and the grass field North of Gessner.