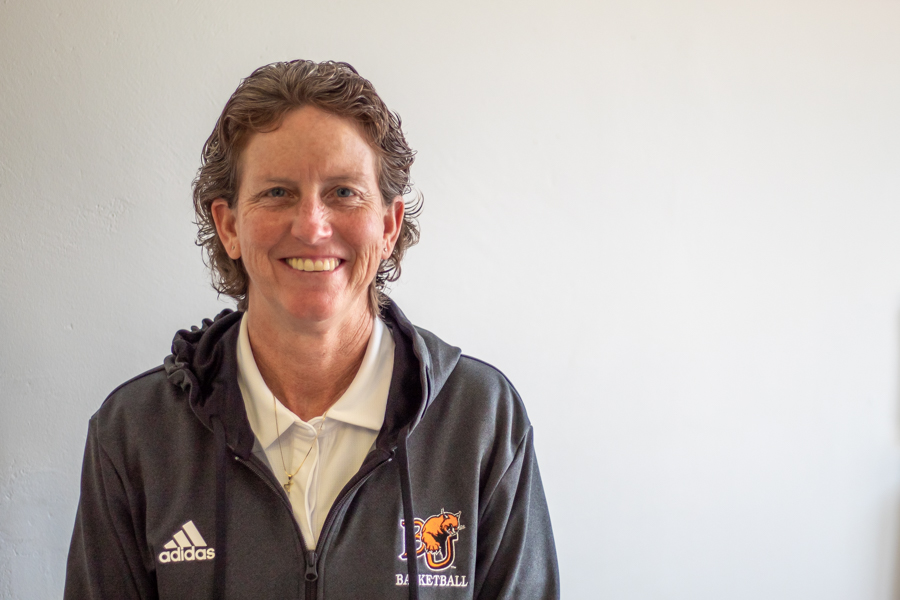 Editor’s Note: The original version of this article was updated for clarity on March 16, at 8:00 p.m.

The Senior Woman Administrator “is the highest-ranking female in each NCAA athletics department or conference office,” according to the NCAA.

Houser explained that when looking for someone to fill this position, he already had Decker in mind because her current position was very similar to the new one. As well as her experience as assistant athletic director in other programs on the east coast.

“Susan is a leader. Susan is somebody who is extremely well prepared, organized. If there was somebody who made our whole heartbeat go at Baker, I would say it’s Susan,” Houser said.

Decker came to Baker in 2000 as the head women’s basketball coach. She coached from 2000 to 2011, left and then returned in 2017 as the associate athletic director. Now, she will add senior woman administrator to her title.

Decker has many tasks within the sports department and one of her main responsibilities is event management when Baker hosts home games.

“I do stuff from helping Nate with budget stuff [to] our hiring with new coaches that are coming on. I help with our academic support study hall system that we have,” Decker said.

Decker realizes that with this new title, her duties do not change, but the way athletes view her might. Decker’s position gives her a unique relationship with them. Not being a coach means that athletes are more likely to come to her with any problems, and they know she is there as a resource to them.

“It gives a little bit more of a place that I feel like our female athletes can relate to and maybe seeing that title or that recognition as a senior woman administrator, that they may feel more comfortable coming and reaching out to me,” Decker said.

She is an advocate for all athletes, especially women and she is able to provide guidance or assistance for any athlete. Decker acknowledges that as a woman with this position, women from all over campus could be looking to her as a role model. She does not take this for granted.

“I’m very grateful to be able to be in this position as a female on the admin team. I think that’s probably more important to me than necessarily the title that comes with it, but it’s an honor to be able to have that position and have the opportunity to be able to mentor young ladies in a different way than I did when I was coaching,” Decker said.

Senior Kaosi Ude is a member of the women’s soccer team and has known Decker since her freshman year.

Ude remembers seeing Decker at many of her home games and knows that she has done a lot for the team, such as making sure the team had their own warm-up playlists for home games.

Houser knows how important Decker is not just to the athletic department, but to female athletes as well.

”It’s important that she is seen. Part of this role is that Susan does what she’s always done with me and sits on all hiring decisions. She sits at the table as we do that, she presents all the information when we go and present things to Dr. Murray, she does that with me,” Houser said.

Decker works closely with Houser and heavily values their relationship.

“He and I, I think, work really well together just because we compliment each other. We see things differently,” Decker said. “I feel comfortable telling him my opinions about things he takes and leaves what he wants, obviously, but I just think it’s a really good working relationship that I’m very, very fortunate to be part of.”

As Decker is serving as Baker’s first senior woman administrator, Houser said the university is taking steps to make an already progressive program become even more so.

“I see this department being built in the way that we see the world. The world is a diverse place then it’s important that we embrace that and we celebrate that and we empower those that are in there,” Houser said. “Can we do that and maintain our level of success in the classroom and on the field, are we selecting the right people to come into our environment and Susan is a huge part of that and I can’t tell you how valuable her opinion is.”

Decker aims to contribute to this diversity and inclusion and wants to see the program grow for the better.