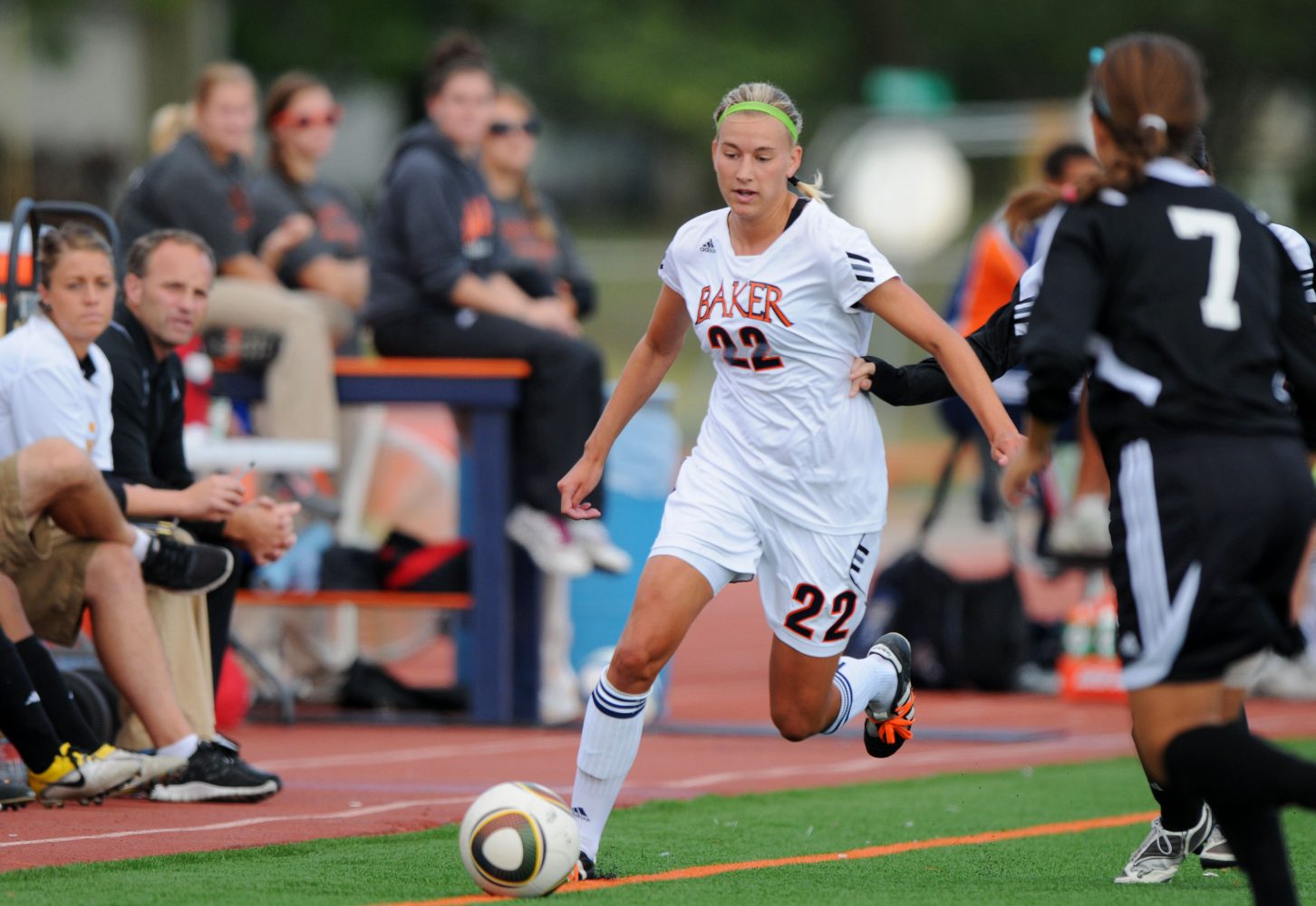 “I think we are playing really well together right now,” Schiraldi said. “We kind of found a groove, and we now are adjusted to how each other play … and also I always say that a good offense comes from a good defense. I think the defense has kind of given the offense a little extra push forward and they’re kind of helping the offense get all of the goals we are getting.”

Theobald has stepped in to start for senior Maggie Dupes the past three games while Dupes has been sidelined with a back injury.

“Rachel has been good,” head coach Nate Houser said. “She’s helped out. I think it is very difficult for a freshman goalkeeper to really kind of wear that much responsibility, but she has continued to learn and get better. She does a pretty decent job of communicating with the defenders in front of her, and I think they are all working as a good, new group.”

The ‘Cats took control of the early and received another strong performance from Theobald in Sunday’s 3-1 win against Ottawa at Liston Stadium. Senior Breana Hoener netted her first goal of the season, and Schiraldi added two more in the match to give her a total of seven this season.

“I think Alix is very determined,” Houser said. “After the last three years, she knows what to expect from teams and how she is going to be played. You know, I think this year she has a singular determination for what she wants this team to accomplish in her role for helping the team meet its goals.”

With the two wins, the Wildcats moved up one spot in the NAIA polls to No. 13 in the nation.

Baker will go for its sixth consecutive win when it plays its second-to-last nonconference match against Oklahoma Wesleyan University at 5 p.m. Tuesday at Liston Stadium.

While the Wildcats are on a five-game winning streak, they still believe there are things they can improve on before conference play starts.

“I think we have improved a lot, but we just need to keep talking and be confident in ourselves and not hesitate in any play on the field,” Hoener said.

Other than a Fab Four rematch with Hastings College Oct. 18, HAAC play will be in full swing starting Oct. 2 against Central Methodist University in Fayette, Mo.