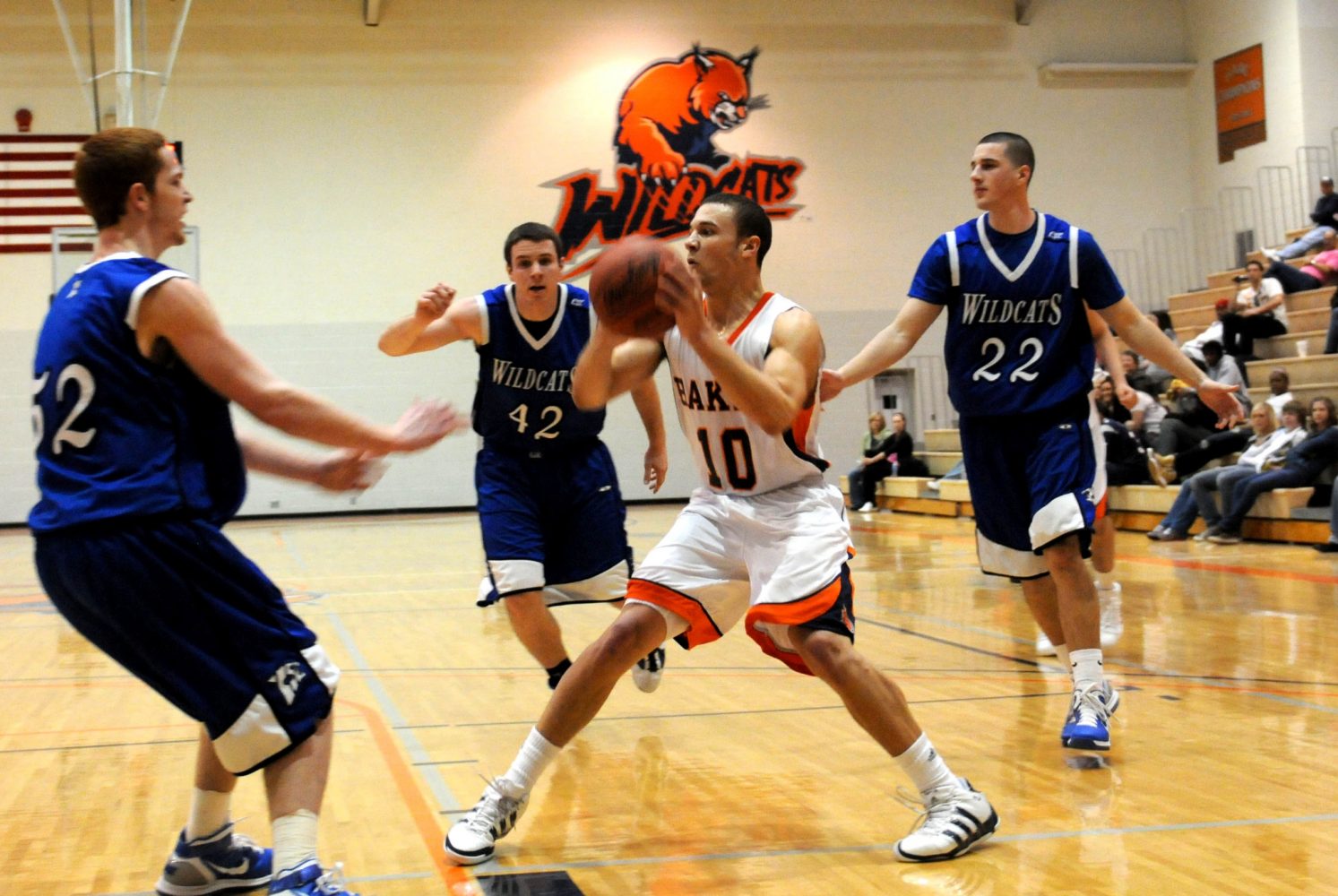 Brett Ballard, head men’s basketball coach, knows Collins Center does not have the same home-court impact that he experienced at Allen Fieldhouse, but the Wildcats have had success playing at home recently.

“It’s a little bit different than the places I’ve been at, in terms of a home-court advantage, but I do think the guys feel more comfortable here,” Ballard said. “The crowd has been good. The students that do come have been great. Obviously, it feels good to win at home and the support has been excellent.”

The Wildcats were led by seniors Jaris Wommack and Andre Strozier, who scored 22 points apiece.

The ‘Cats were equally as impressive on defense, holding Culver-Stockton to 0-16 from 3-point range and forcing 21 turnovers.

“We’re really starting to understand how to win and how to play the game,” junior Tim Randolph said. “It kind of took a while, but we are starting to get the swing of things.”

While Baker is playing well in Collins Center, it has lost three straight games on the road, including a 79-65 loss to Avila University on Feb. 10.

The Wildcats led the Eagles 37-33 at halftime, but let the game slip away late in the second half.

“We just have to bring that energy and passion to the table when we go on the road,” senior Austin Bond said. “There have been a couple of times on the road where we’ve been up. In just about every game, except for Lindenwood, we’ve given it back to them and let them get momentum.”

The ‘Cats tried to solve their problems on the road at William Jewell College Thursday, and results were not available at presstime.

Despite defeating Culver-Stockton by 24 points, the team is trying to stay focused and improve on each aspect of the game in order to play well down the stretch.

“In the second half (against Culver-Stockton), we just came out stale,” Bond said. “We didn’t come out and compete as hard as we should have.”

The Wildcats will take on Missouri Valley College at 4 p.m. Saturday in Collins Center.